An Unscripted Tradition Unlike Any Other 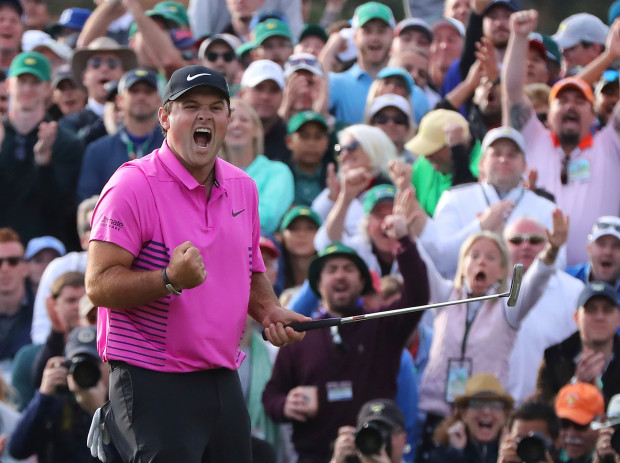 Every year, as the Masters telecast gets underway on CBS, host Jim Nantz says, “Welcome to the Masters, a tradition unlike any other.”

Nantz has never offered his own explanation for that statement and most people likely never stop to think about it, even though they often ridicule it. But one of the reasons it rings true is that the Masters is unique – no other major golf tournament is played on the same course, year after year. It’s the first major, the start of the spring golf season and the tournament has a history that is unparalleled in professional golf.

It’s an intimate setting and golf fans know every bump and roll at Augusta National - where you can hit shots and where you can’t – even though most of them have never set foot on the grounds. They understand what it takes to win and inexplicably also have a sense of who deserves to win.

Unlike most courses, Augusta rewards great shots but can brutally penalize bad ones, sometimes even mediocre shots that might escape notice on more forgiving layouts. Nobody wins the Masters based on luck. Every champion dons a green jacket – The Green Jacket – on Sunday night because they have hit the ball better and putted better than everyone else.

Legend reminds us of Fred Couples’ miraculous hanging lie on the banks of Rae’s Creek in the 1992 Masters. Wasn’t that luck? Sure, but every champion will tell you that they need a little luck. On the whole, Couples won that Masters because he played better than runner-up Raymond Floyd and all the others.

Fred Couples was and still is one of the most popular golfers ever. His Masters victory was fitting, in part because “everybody loves Freddie” but also because not very many golf fans had such warm and fuzzy feelings about Ray Floyd. Raymond was a cold blooded assassin. He could chill your blood with one of his icy stares or drive a dagger through your heart with a well timed hole out from the fringe.

Year after year, the Masters has delivered these characters straight from central casting – heroes and villains, good guys and bad guys – and golf fans know exactly who they are.

This year, Patrick Reed was set as the antagonist to Rory’s protagonist as the sun rose Sunday in Augusta.

This was supposed to be Rory’s year, or Tiger’s triumphant return or Phil defying the calendar one more time or Jordan again. Even as late as Saturday evening, with a three shot lead, not many were giving Reed a chance. Not many wanted him to have a chance.

Could he really keep sinking everything he looked at? Surely he’d falter and Rory could claim his personal Grand Slam. Villains don’t win at Augusta do they?

By now you’ve probably read all sorts of stories about Reed. He has a chip on his shoulder; he’s a loner; he’s not one of the guys.

All of that may be true, but there’s no denying that the man has talent to spare. And focus. No double bogeys the entire week. Never a back-to-back bogey. At Augusta!

The funny thing is that the golf ball doesn’t know your personality; doesn’t care about your troubles or what other people think of you. All it knows is that something just whacked it very hard and if the face angle and the swing path are aligned then it will go exactly where it was intended. Patrick Reed did a very good job of making the ball go where he wanted, almost every time.

On the other hand, the heroes of this story had mixed results. McIlroy missed a four-footer for eagle on the second hole that would have tied him for the lead and he was never a factor again. Spieth made a gallant run but a tree branch on the final hole curtailed his chances for another green jacket. Rickie Fowler played possum on the front nine, then rallied on the back to put pressure on Reed. The roars from Rickie’s terrific birdie on 18 reverberated through the pines at Augusta and let Reed know he had no margin for error. In the end, he didn’t need any.

It’s funny about the antagonists in these story lines. Sergio Garcia was mercilessly booed at the U.S. Open at Bethpage Black for relentlessly gripping and re-gripping his club on every shot. He could whine and complain with the best on Tour. He was younger. He didn’t entirely believe in himself yet he often championed the Europeans to Ryder Cup victories. None of that made him too popular with American golf fans. But time heals all wounds and he came to Augusta last year as the sentimental favourite looking for his first major after paying his dues for so long. His victory was popular.

Nick Faldo was an automaton when he played; the mechanical man; no personality, no sense of humour, intense focus. He wasn’t liked by the other players or the fans. When he beat Greg Norman in 1996 for his third green jacket, you’d think that would have been OK – past champions are revered at Augusta. No such thing. Greg Norman was the hero, Faldo even more the villain for denying Norman the one thing he coveted most.

Today Faldo is the jocular, self deprecating co-host of the Masters on CBS and Sergio is a lighthearted past champion who could even have a laugh at his own expense after scoring 13 on the 15th hole. They’re no longer Masters villains. Time might seem to move a little slower at Augusta National, but it certainly moves. Isn’t that where traditions come from anyway?

Reed is popular enough as Captain America when it’s Ryder Cup time but apparently that doesn’t carry much weight at Augusta. On Sunday, the Masters fans gave him polite applause when he was introduced on the first tee, then cheered wildly for his European opponent. They knew what the script for the day was. But as we have come to learn, Patrick Reed isn’t too interested in what people are thinking.