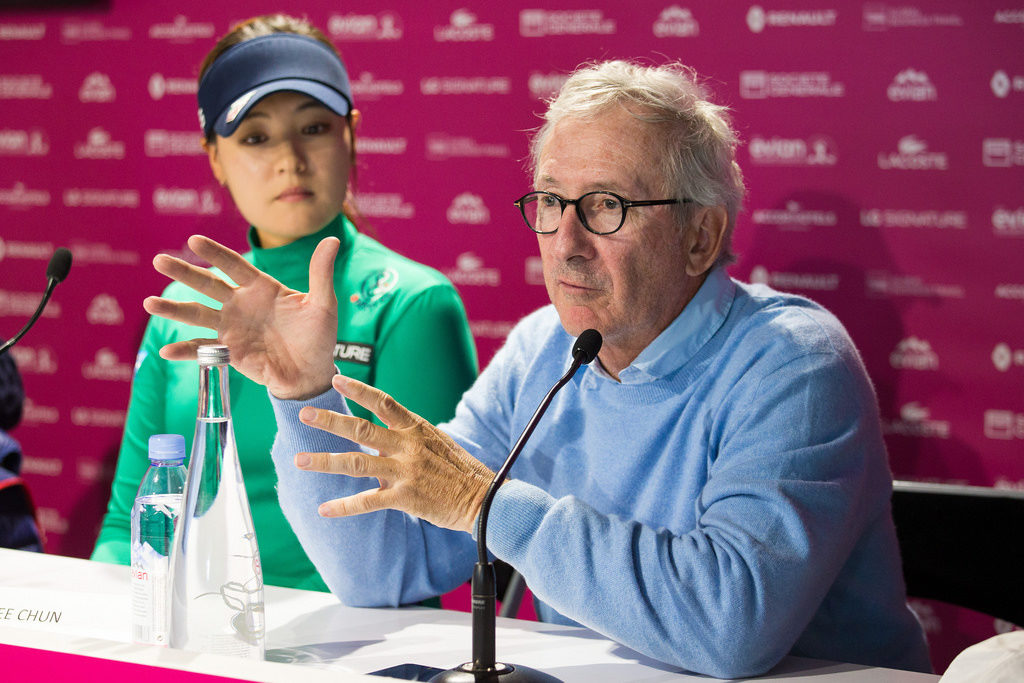 The Ryder Cup will be played later this month in France for the first time in tournament history. And even though some of the sport’s biggest global ambassadors, such as Tiger Woods, Phil Mickelson, Dustin Johnson, Rory McIlroy and Jordan Spieth, will all be on hand, at least one French golf executive remains unconvinced that the tournament will have a bolstering effect on golf in his country. On the eve of the Evian Championship, the fifth and final major of the LPGA Tour season, tournament chairman Franck Riboud expressed some surprising—albeit candid— remarks to the media about the underwhelming current state of professional golf in France and how hosting a Ryder Cup is unlikely to change it. “We need a (French) champion; that’s all. It’s a champion who will be pushing the young people,” Riboud said. “The best ambassador for golf in France is going to be the next French champion at the same level as Tiger Woods.” Riboud may have a point. Not only is there not a single Frenchman on the European roster—there hasn’t been one since Thomas Levet made the squad in 2004! In fact, he and Jean Van de Velde (1997) are the only two French golfers who have ever competed for a Ryder Cup in the 42 iterations of the event. Fortunately, Riboud, who formerly served as the chairman and chief executive officer of Danone, says that he’s got a few ideas on how France might develop a superstar in the next five years. “I proposed a plan; I’m still waiting for an answer,” Riboud said. “It’s not my job, but it could become my job!” 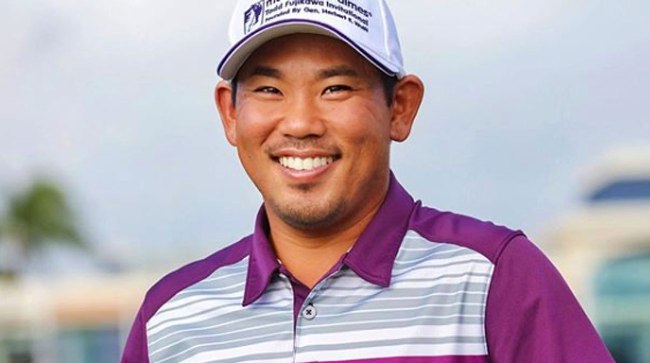 We learned from Golf.com annual anonymous tour professional survey last week that 44% of players have witnessed fellow competitors cheat on the course, 76% of players are not concerned with how far the ball is travelling and 46% of players have teed off while nursing a hangover. But it was the revelation of 27-year-old Tadd Fujikawa, in an unrelated article, which dominated headlines last week. The Hawaiian announced in an Instagram post on Wednesday afternoon.

“I don’t expect everyone to understand or accept me, but please be gracious enough to not push your beliefs on me or anyone in the LGBQT community,” Fujikawa wrote. “My hope is this post will inspire each and every one of you to be more empathetic and loving toward one another.” In his post, the Japanese-American golfer also revealed that he hid his true identity for years, resulting in his own mental health struggles. Fujikawa’s revelation drew praise, support and admiration from both the LGBQT community and golf fans all over the world. 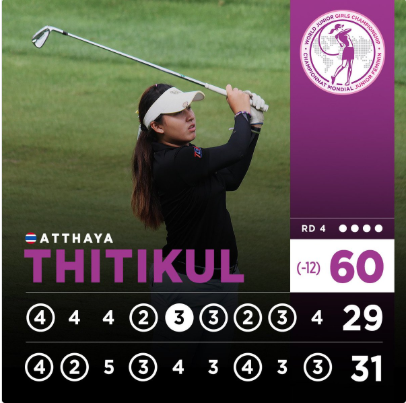 Thailand’s Atthaya Thitikul stole the show at the World Junior Girls Championship in Ottawa over the weekend with a record-breaking final round score of 60 to win the individual competition by a margin of two strokes. The 15-year-old phenom, who made four birdies and an eagle in a five-hole stretch on the front nine to go out with a 29, would have shot a 59 had her eagle chip on the final hole dropped instead of grazing the edge of the cup. Italy defeated the USA in a playoff in the team component of the event, while the Canadian squad finished the week in a tie for fourth place.

Lexi Thompson needed to get up-and-down from approximately 30 feet on the 18th hole to advance to the weekend at the Evian Championship on Friday. Unfortunately, the 23-year-old stubbed her wedge into the ground on her downswing and only moved the ball a handful of inches. Ouch! 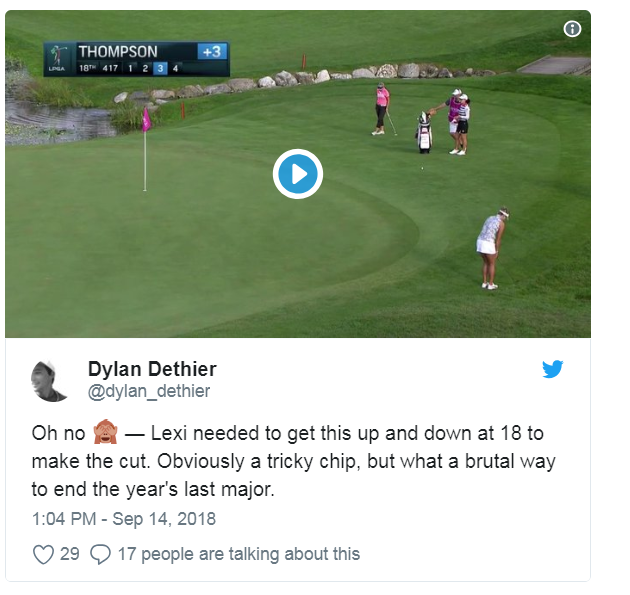 Golf’s version of skeet shooting seems way more difficult. Your guess is as good as ours about how many attempts this took to pull off. 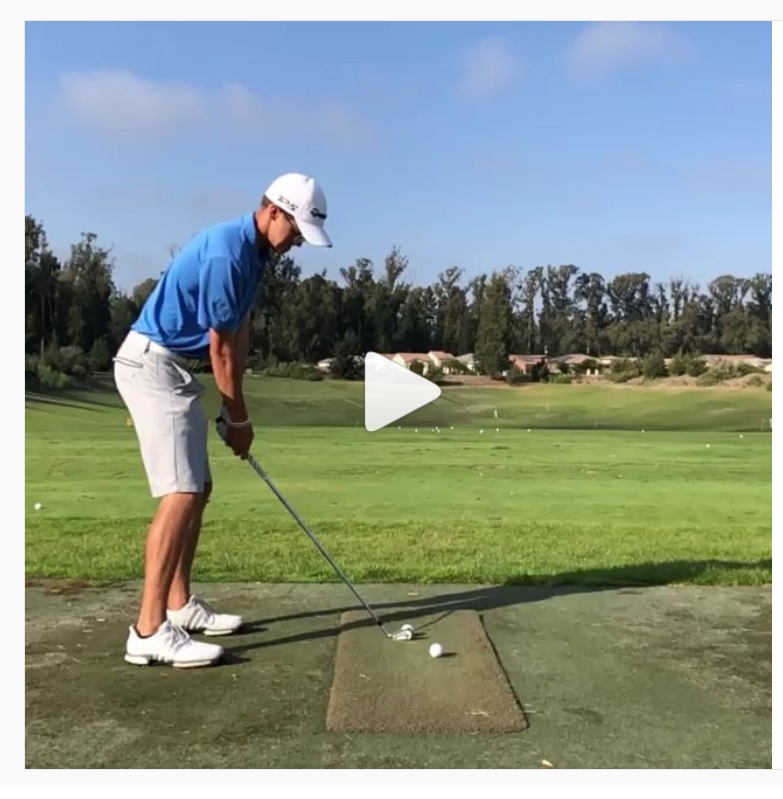 Phil Mickelson is apparently a sharpshooter both on and off of the golf course. “Nailed it!”

How is today’s long range sniper shooting preparing me for the Ryder Cup?
Meditation, controlling my thoughts, breathing, heart rate and connecting with the target are critical for both! pic.twitter.com/x5T817hVMF