The Shag Bag: Performance of the Week 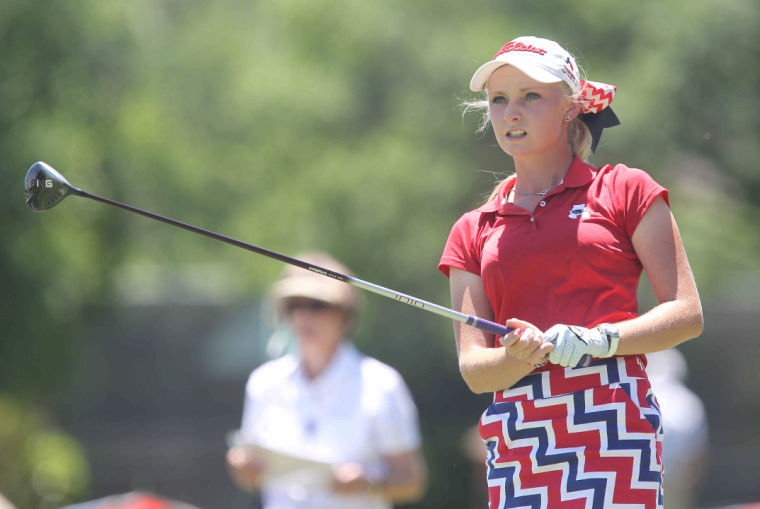 The Canadian Women’s Amateur team showed some true grit at the World Amateur Team Championships in Ireland last week. The squad, comprised of Calgary’s Jaclyn Lee, Victoria’s Maddie Szeryk and London’s Naomi Ko, got off to a rocky start in the first round on Wednesday afternoon, combining to shoot 10-over par for the day.

Heading into round two, they trailed first-place Japan by a whopping 18 strokes! But the trio rebounded impressively in the next three rounds with combined scores of 5-under, 1-under and 7-under and finished the week in 7th place out of the 57 nations competing in the event! Lee, Szeryk and Ko all played very well with each player contributing to the comeback, but it was the play of Lee in particular that stood out. The 21-year-old carded three rounds of par or better in the tournament, including a 7-under 65 in the final round that led all competitors on Saturday. Well done, ladies! 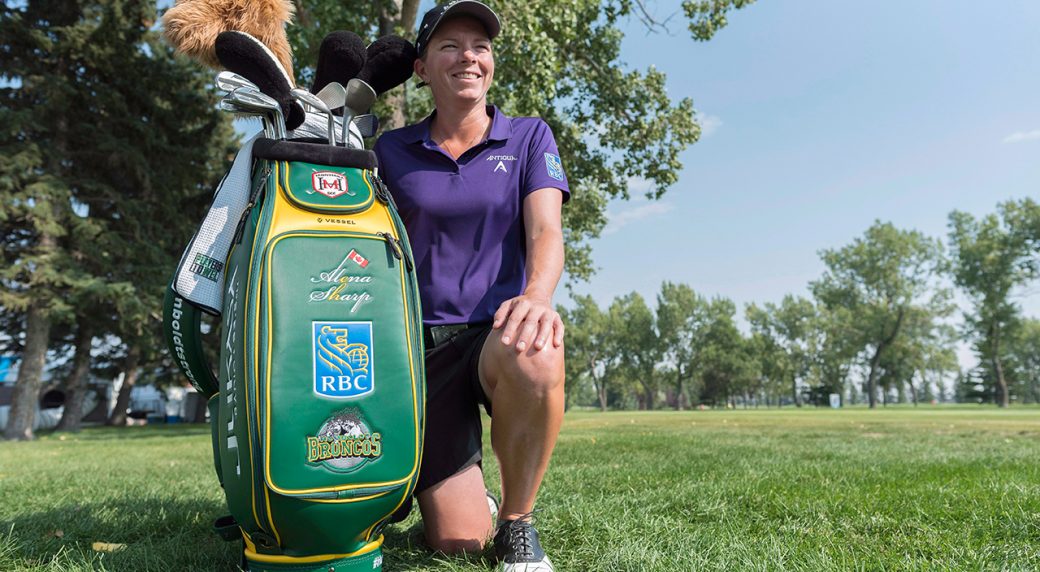 Canadian LPGA veteran Alena Sharp made headlines at the CP Women’s Open two weeks ago when she paid homage to the Humboldt Broncos with a custom-made golf bag bearing the colours and emblem of the hockey team. After finishing the week in a tie for 36th, Sharp donated the bag to Humboldt’s Jim Pattison Children’s Hospital so that it could be auctioned off at a charity golf tournament in Saskatoon. That tournament took place the following week and the bag fetched an incredible $19,000 bid, which will reportedly be used to purchase new paediatric equipment for the hospital. When Sharp’s agent informed her of the $19,000 bid after her opening round at the Cambria Classic last week, the 37-year-old said it brought tears to her eyes. “I knew it was going to go up for auction, but I didn’t know it was going to go up for auction this quickly,” Sharp said on Thursday. “To come off the golf course and see an email from my agent that the bag raised $19,000 made me cry and gave me goose bumps. I was at a loss for words and so happy that we could raise that much money in awareness and give it back to the Humboldt children.”

All the club head speed in the world doesn’t mean much if you are unable to hold onto the club through impact. Someone get this woman a glove or, at the very least, some pine tar. 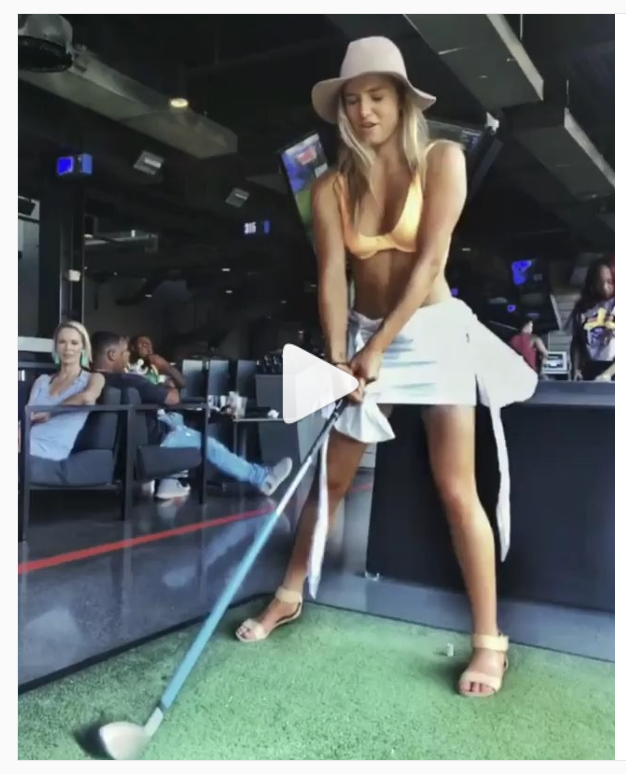 If that commercial of Phil Mickelson dancing on the driving range didn’t convince you that he as limber as it gets for a 48-year-old, here’s a video of the southpaw performing a leg sweep over actor Chris O’Donnell’s head. What prompted this sequence of events still remains a mystery. 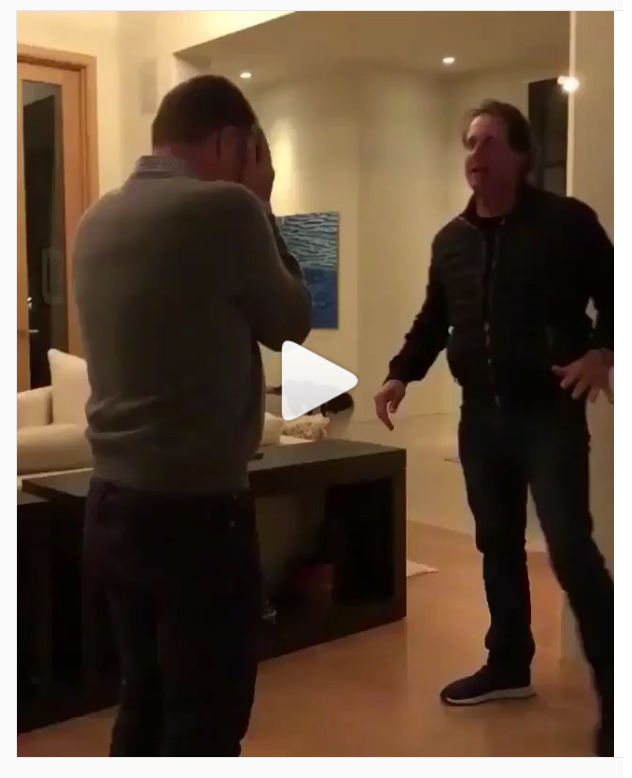 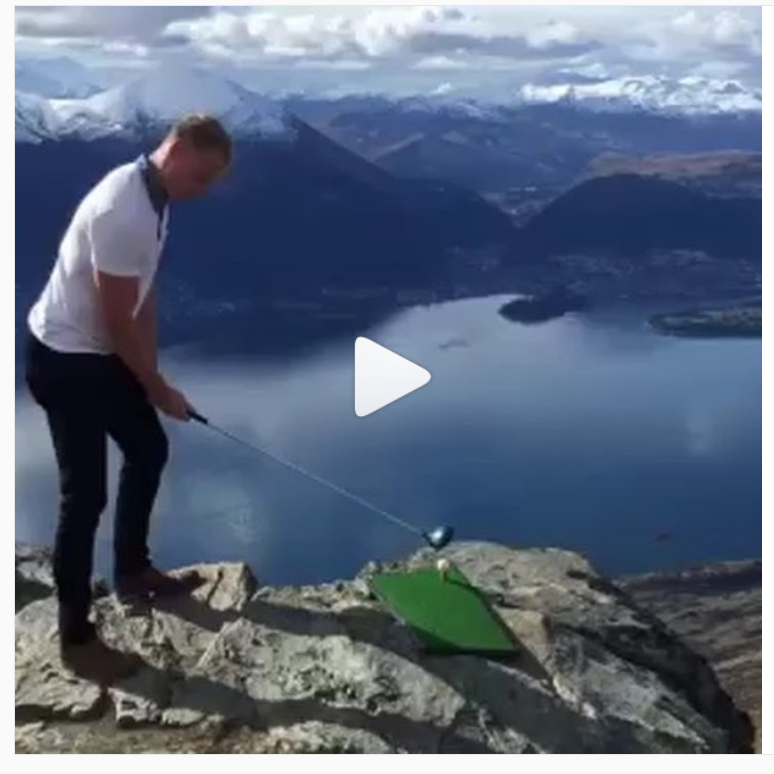 The hand-eye coordination and timing involved in this shot is inhuman and definitely worthy of a second, third and fourth watch! 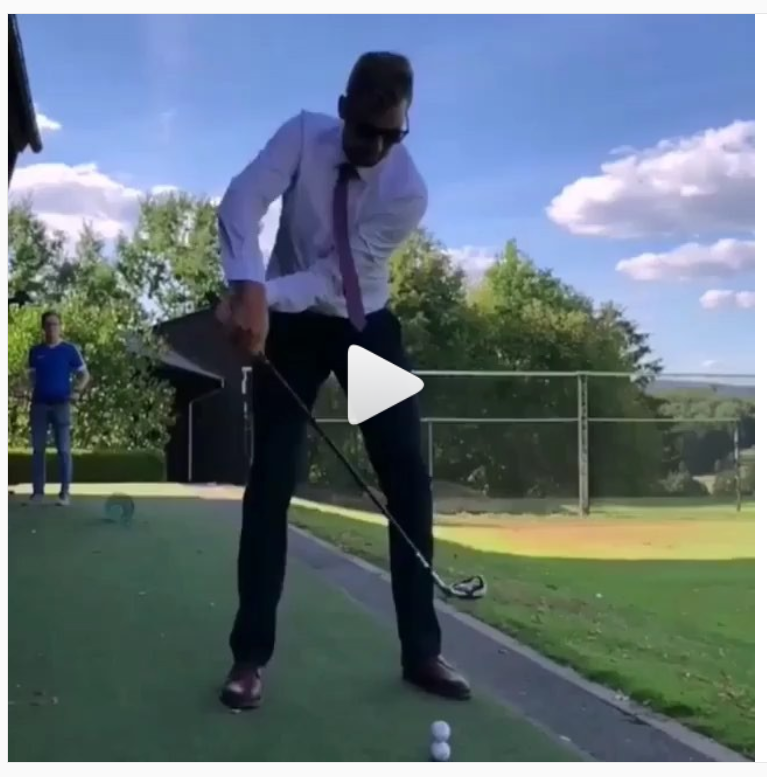