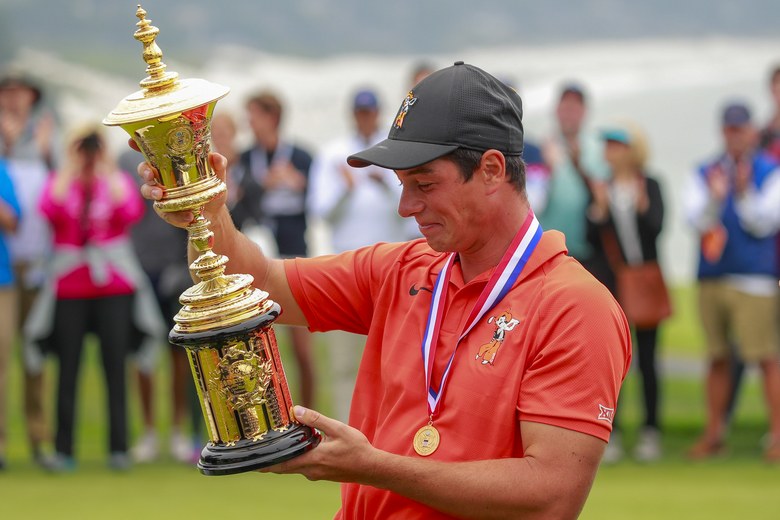 If you didn’t tune into the 118th U.S. Amateur, you missed the coming out party of Norway’s Viktor Hovland. The 20-year-old, who had never won a tournament outside of his native country, won 43 of a possible 104 match play holes and became the first Norwegian to capture a U.S. Amateur title. To put it mildly, everyone who faced off against Hovland throughout the week ran into a buzzsaw. No one was safe; not even his countryman Kristoff Reitan, who Hovland thumped in the round of 16 by a score of 7&6. Hovland followed up that performance with another 7&6 victory in the quarterfinals against Cincinnati’s Austin Squires, in which he won each of the match’s first seven holes to get off to an insurmountable lead. 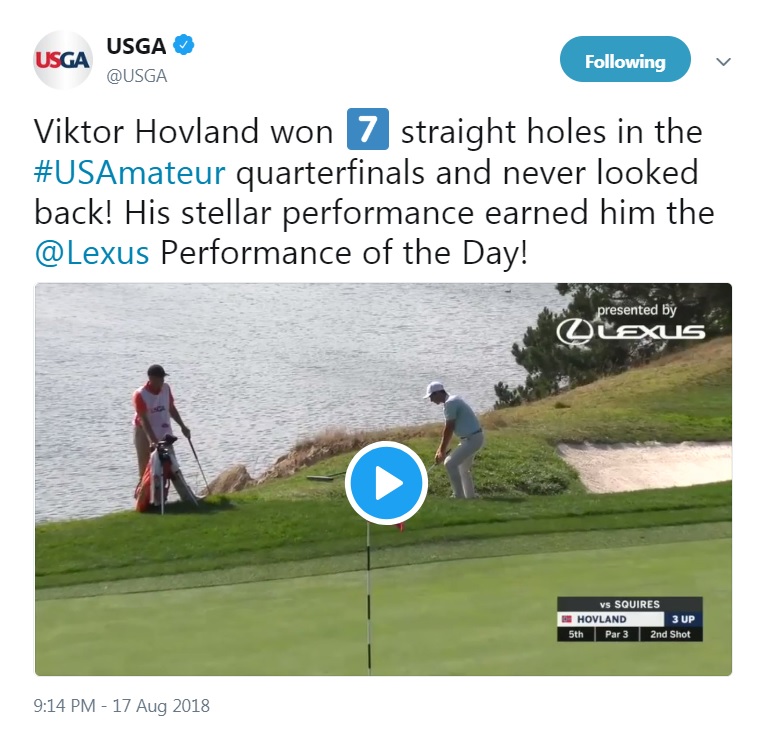 It was the first time in 40 years that a player at the U.S. Amateur had won consecutive matches by a seven-stroke margin. Hovland did not take his foot off the pedal for his weekend matches either. In the semi-finals on Saturday, the Oklahoma State junior made five birdies in a row on the back nine to defeat Texan Cole Hammer by a score of 3&2. 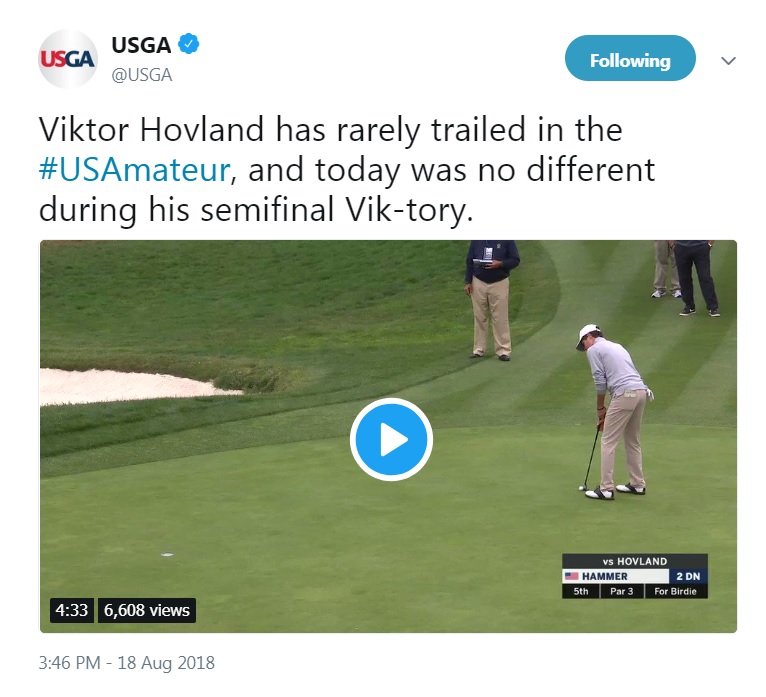 It was no different in the 36-hole finale on Sunday either, as Hovland routed sophomore Devon Bling 6&5 for the title. 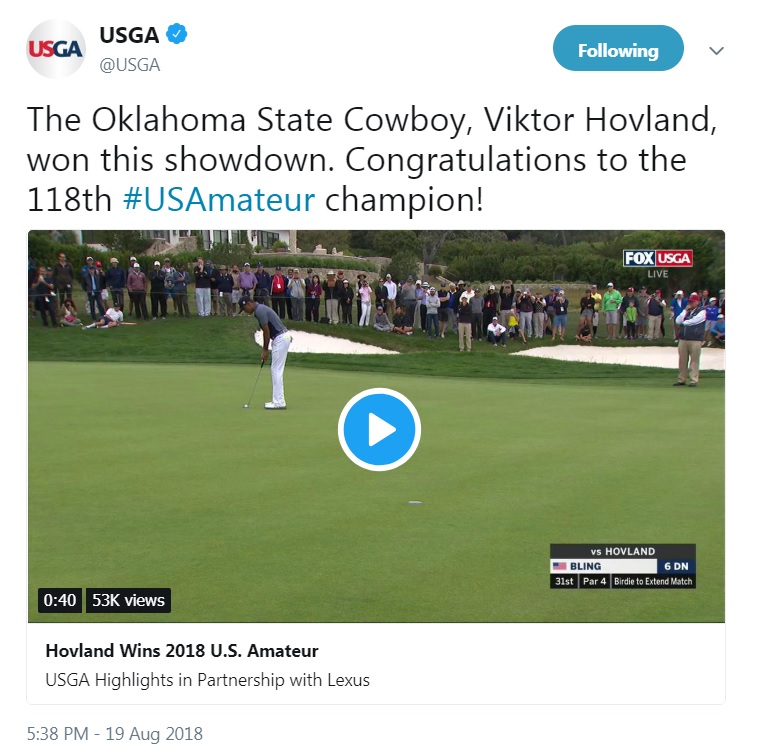 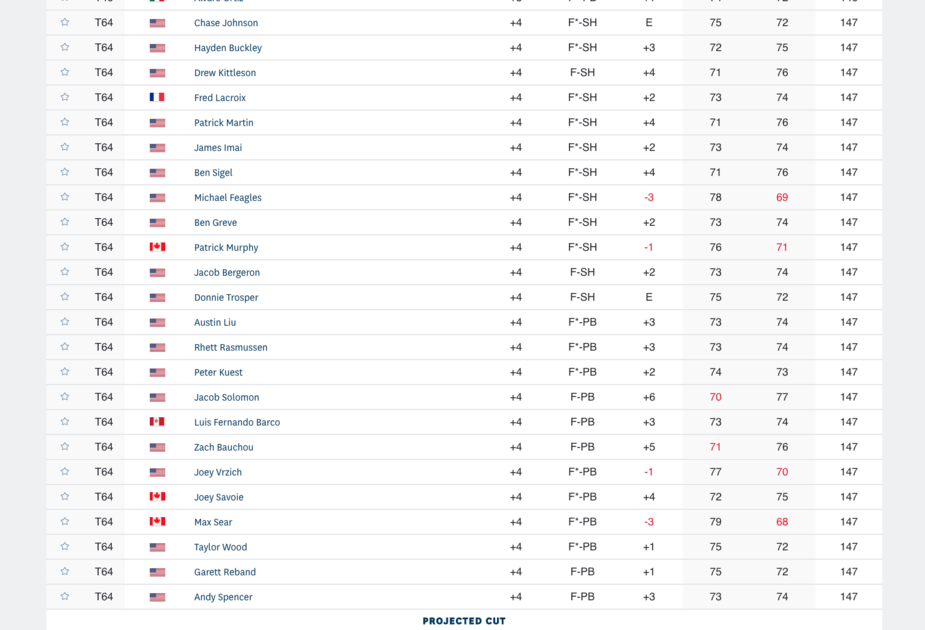 Despite Hovland’s tremendous play, the most interesting moments from this year’s tournament came well before the final round. On Wednesday, before the round of 64 began, a playoff between 24 players for the final spot in the tournament took place — and, as you can imagine, it was a sight to behold! The playoff began on Pebble Beach’s par-3 17th hole at 7:30 with many expecting a marathon overtime session to ensue. Shockingly, the playoff lasted only two holes after everyone failed to birdie the par 3 except for BYU’s Peter Kuest and LSU’s Jacob Bergeron. On the 18th, Kuest and Bergeron both hit booming drives, but disaster struck for Kuest when he airmailed his second shot into the Pacific Ocean. Kuest then essentially gifted Bergeron the final spot by three-putting from four feet for a triple-bogey 8. 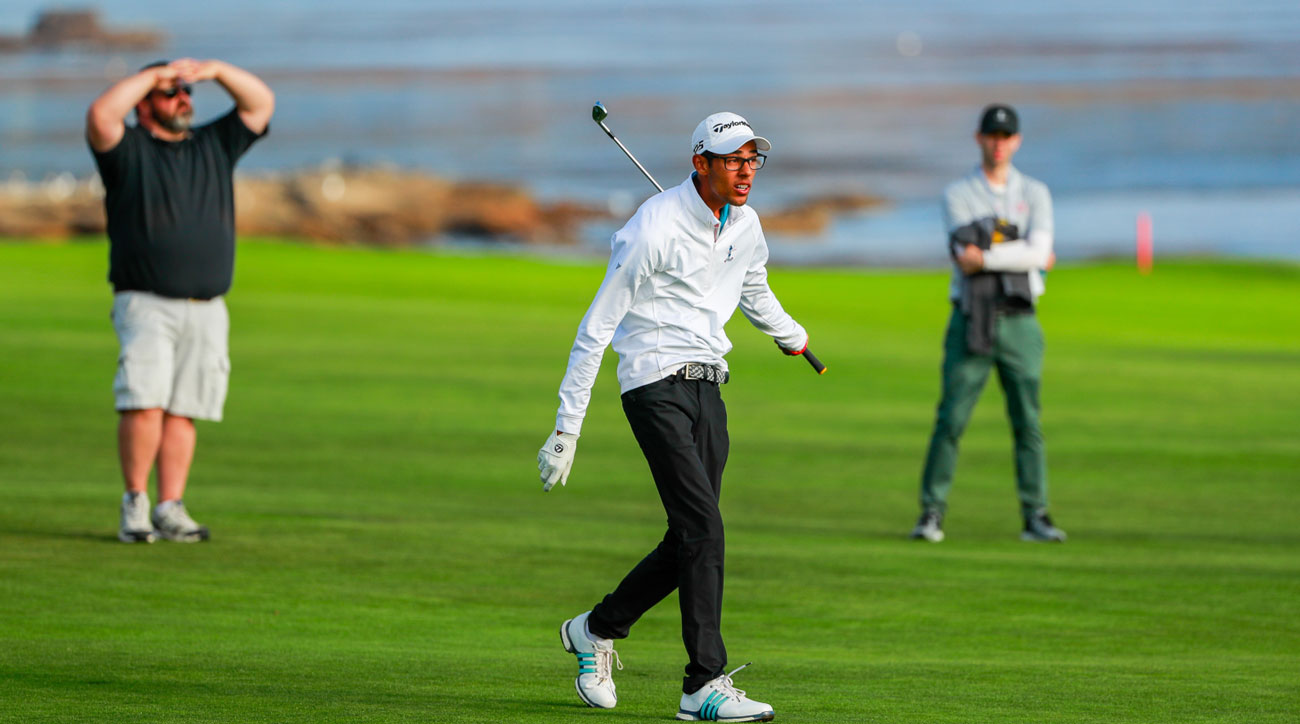 Incredibly, that the 24-man playoff wasn’t the most bizarre occurrence at the U.S. Amateur. That honour goes to the duo of golf phenom Akshay Bhatia and his caddie, Chris Darnell, who were involved in a strange rules snafu in the round of 64. Bhatia was all square in his match and had just hit the green with his approach shot on the 15th hole when he and Darnell stopped to use a nearby restroom. When they were finished, Bhatia walked up to the green and Darnell hitched a short ride from a man wearing a USGA pullover. Bhatia went on to make the birdie putt but because no players or caddies are allowed to ride any type of transportation during the tournament, he was subsequently assessed a one-stroke penalty and the match remained all square. The 16-year-old won the next hole, but lost the 17th and ultimately the 19th in a playoff en route to an unexpected first-round exit. After the completion of play, Darnell revealed that he hadn’t been the only caddie riding that day. “I had already seen the other caddie in our group do it on the ninth hole,” he said. “Same thing — USGA pullover; drove him from the bathroom up to the fairway — so I assumed it was fine. I didn’t point it out at the time because everything seemed kosher.” Somehow, Bhatia showed remarkable maturity and remained extremely positive despite getting receiving the short end of the stick. “What can you do?” Bhatia said. “I’ll have plenty of opportunities to play in this tournament, so I’m not too upset about it.”

Brandt Snedeker wrapped up the 2017/18 PGA Tour regular season last week with his second career victory at the Wyndham Championship. It was the 42-year-old’s first win in over two years and he clinched it in vintage Snedeker style, sinking a 20-foot birdie putt with the tournament on the line. 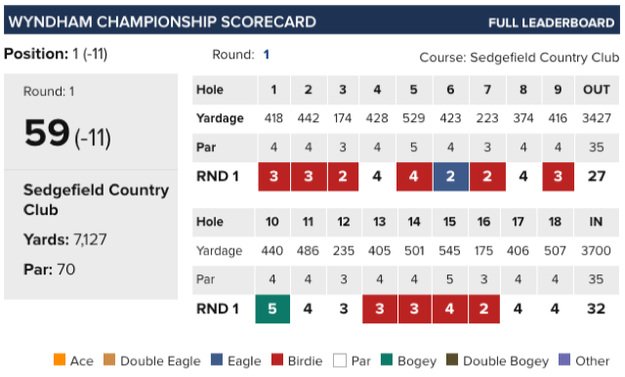 But it was Snedeker’s opening round of 59 on Thursday that had the entire golf world buzzing as the 2012 FedEx Cup champion became just the 10th player in PGA Tour history to post a sub-60 round — and he pulled it off despite bogeying the first hole. Snedeker started on the back nine and made the turn in a modest 3-under par thanks to a string of four-straight birdies beginning on the 13th hole. But the 2012 FedEx Cup champion caught fire on his second nine and posted a ridiculous 27 on the front that included six birdies and an eagle. That eagle was fantastic, by the way. Snedeker jarred his approach shot on the par 4 6th hole from 176 yards out and had no clue that the ball had dropped into the cup.

But it was his 20-foot birdie putt on the final hole to secure the 59 that will surely be associated with Snedeker’s incredible performance forever. 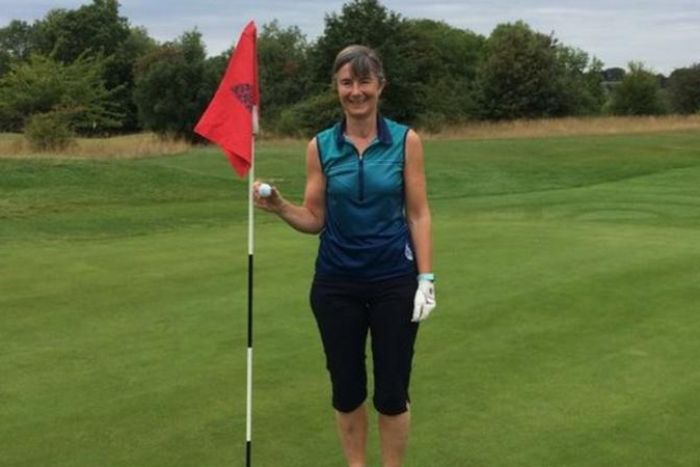 You would think that Viktor Hovland and Brandt Snedeker would both be locks for this week’s honours, but neither of these guys managed to make three holes-in-one in one day last week. It was 51-year-old English amateur golfer Ali Gibb who accomplished that feat — and she recorded all of them in a 25-hole span during the Croham Hurst Golf Club’s single-day 36-hole club championship! 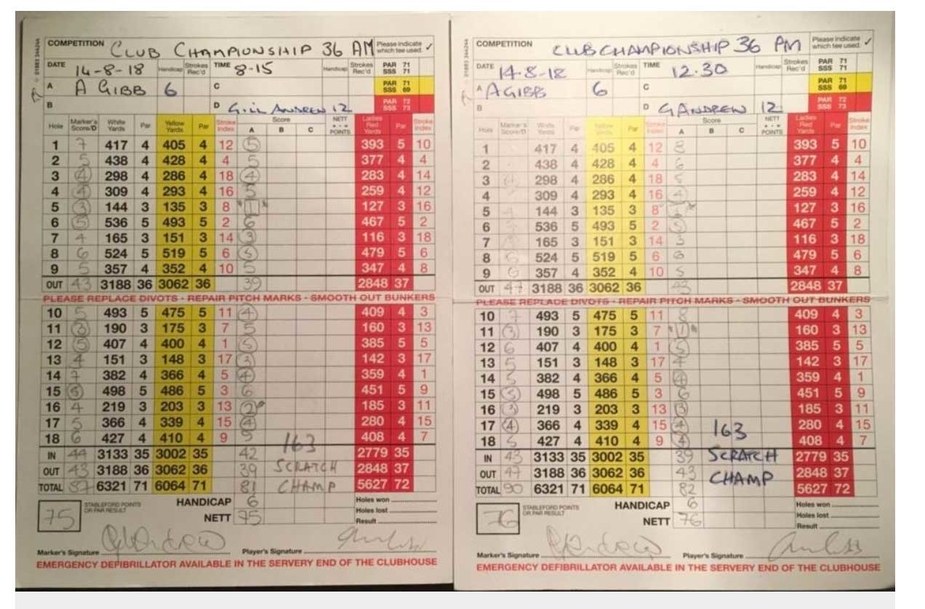 The hat trick of aces fuelled Gibb to her second straight club championship title, but a quintuple-bogey during the morning session and a quadruple-bogey in the afternoon prevented the 6-handicapper from breaking 80 in either of her two rounds. We think she’ll get over that!

This guy must be a magician because we have no idea how the heck he pulled this off! 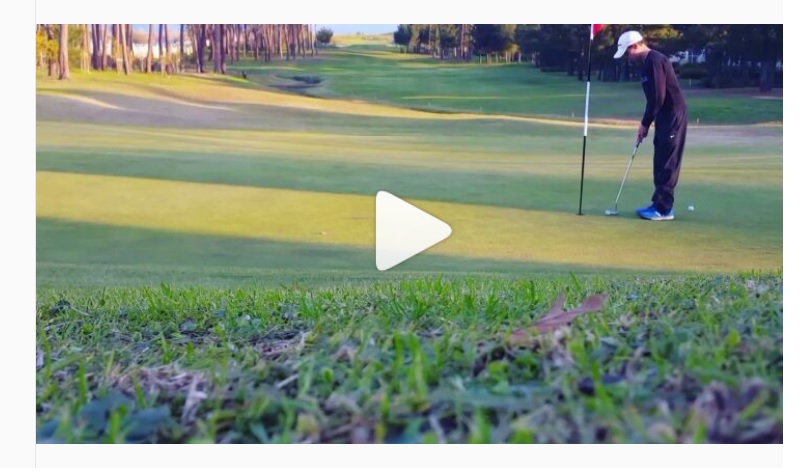 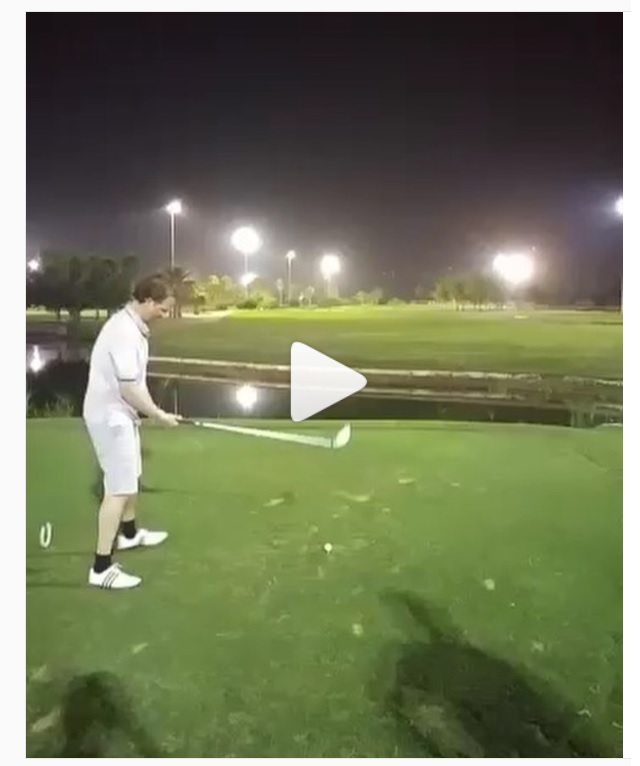 We are in awe of this weekend warrior’s commitment to playing the ball as it lies. Unfortunately, he got the old double whammy for his efforts. 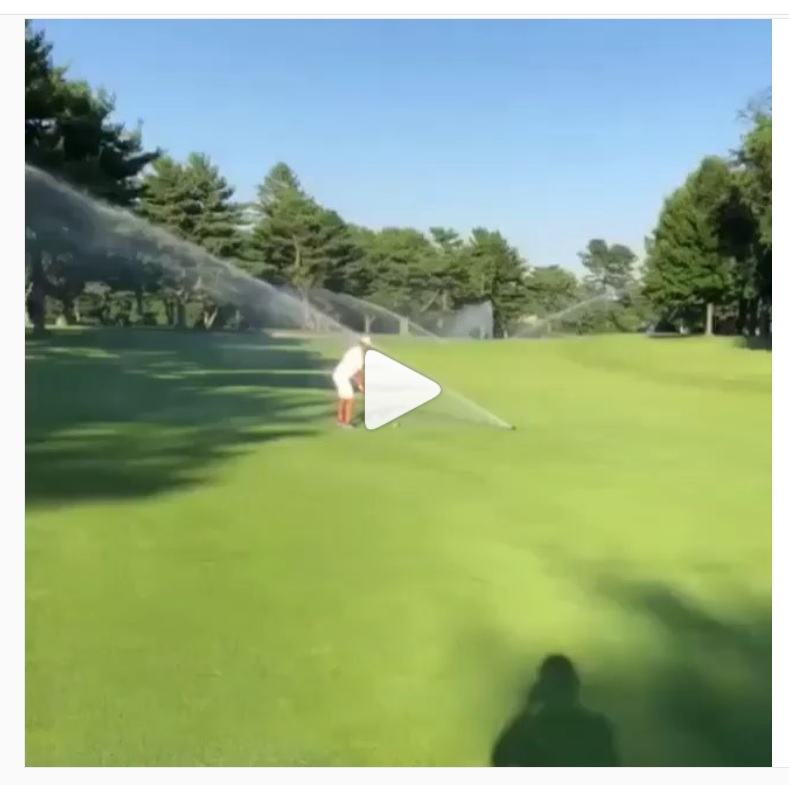 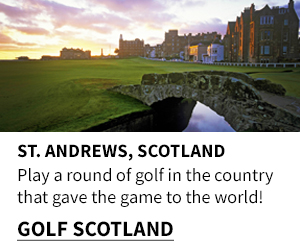