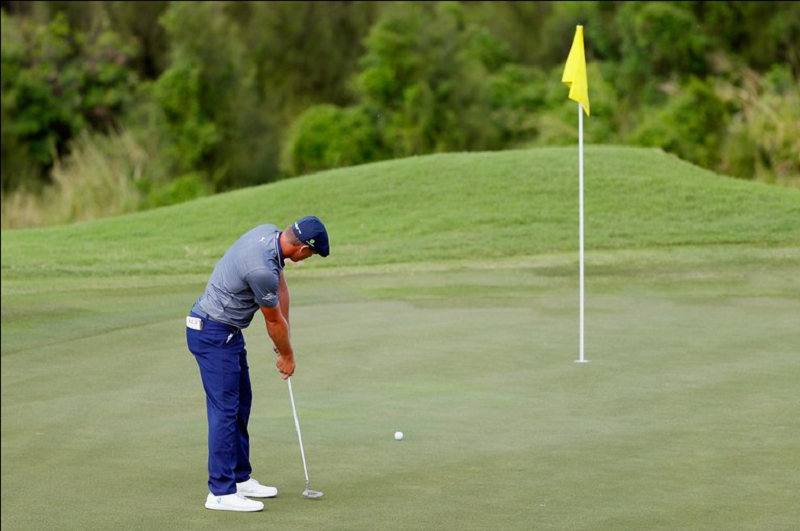 With wrap-around seasons and seemingly endless schedules, it’s hard to know when it’s all over. However, the LPGA and European Tour wrapped this past weekend and the PGA Tour is officially on hiatus until January, so it seems like a good time to make some observations about this past year.

The first rule of golf is to have fun

While 2019 was supposed to be the year of simplified rules - and some of them did indeed work – it seemed like there was some new rules snafu every week on the professional Tours. From questions about anchoring the putter to giving advice to the One Ball rule, there are still too many eye-rolling moments that confuse and frustrate the average golfer and take the enjoyment out of the game. Following are some fixes we think would improve the game:

Leaving the flagstick in is money

When the revised rule was introduced in January allowing you to leave the flagstick in the hole when putting from on the green, the scientific community kicked into overdrive to see if this would be a benefit or not. A number of studies concluded that with certain types of putts, leaving the flagstick in might be a detriment. On the other hand, short game guru Dave Pelz has been arguing for years that leaving the pin in is an advantage, on every length and type of putt.

Some on the PGA Tour, Bryson DeChambeau and Adam Scott for instance, were early adaptors, while others decided to keep the pin in for long putts and then remove it for short putts and tap-ins. Still, others stayed loyal to the way they’ve always played.

One thing that’s not in dispute, particularly for amateurs playing without caddies, is that if everyone in the group can agree to leave the pin alone, it can save 20 minutes or more per round. Studies have shown that a foursome will shave at least a minute per hole off their time, mostly because the flagstick never has to be tended and everyone can be ready to putt.

If every group saved 20 minutes, that’s an extra two tee times per day. Multiply that by four golfers' times the green fee times the number of days in a season and you get – well, you do the math. It works out to more golf!

At the last official tournament of 2019, Brendon Todd had a chance to make history. With two consecutive victories already in the bag from the Bermuda Championship and the Mayakoba Classic, Todd held the lead after three rounds of the RSM Classic in Georgia. Ultimately, he finished fourth – a nice stretch of tournaments and a huge payday for a guy that had been struggling of late – but nothing to get excited about historically.

You really need a three-peat to join the streakers – some very exalted company whose names are easily recognizable.

The last to accomplish three wins in a row on the PGA Tour was Dustin Johnson back in 2017. He joined a list that included Rory McIlroy, Tiger Woods, Jack Nicklaus, Arnold Palmer, Ben Hogan, Sam Snead and Byron Nelson.

Tiger went even one better in 2006-07, although that streak should have a giant asterisk beside it. While Tiger won seven official PGA Tour events in a row, he also failed to win four unofficial events during the same period, so it’s debateable whether it’s really a winning streak.

Depending on your point of view, you were either shocked or elated to learn that CBS had decided not to renew contracts for long-time analysts Gary McCord and Peter Kostis. Sean McManus, the head of CBS Sports, said at the time that the network wanted to move in a new direction. Clearly, at least in my opinion, McCord was long past his best-before date. At one time he was funny but too long at the party turned his act stale. Kostis, on the other hand, was spot on with his swing analysis and very professional.

CBS turned to Davis Love III for their “new direction”. There’s no argument that Love brings authenticity to the role with 20 career wins on the PGA Tour, a winning Ryder Cup captaincy and enshrinement in the World Golf Hall of Fame. But he’s also bland and colourless, more vanilla in a mix that already includes too much vanilla. Where’s the chocolate, the strawberry, the spumoni?

If CBS truly wanted something new and different, they should have looked outside the locker room.

Turkey of the Year

In honour of American Thanksgiving, it’s time to present our annual Turkey of the Year award. There are lots of candidates including: Sergio Garcia for tearing up a bunker and several greens earlier in the season at the Saudi International; Matt Kuchar for not conceding a six-inch putt to Sergio during the WGC Match Play; Hank Haney for his culturally tone-deaf remarks about women players and South Koreans particularly; and Bryson DeChambeau and JB Holmes for excruciatingly slow play and even lamer excuses.

All good examples of bad behaviour and or questionable thinking. However, our Turkey of the Year award is shared by three players: Francesco Molinari, Brooks Koepka and Tony Finau. All three were in contention to win the Masters last April and each of them rinsed their tee shot into Rae’s Creek on the 12th hole during the final round. Bad luck you say?

Not even close. It’s almost a rule that you don’t aim at the pin on the 12th hole on Sunday in the Masters. If you close your eyes and put a golf ball up to your ear, you can hear Jack Nicklaus saying that over and over. Or Tiger Woods. Or Jordan Spieth. Somehow, Fred Couples miraculously stayed out of the water when he refused to heed the warning, but that only happens once in a millennium.

Tiger likely would not have won his 15th major if any one of those turkeys had been thinking clearly.

Next up: some predictions on what to look for in 2020.