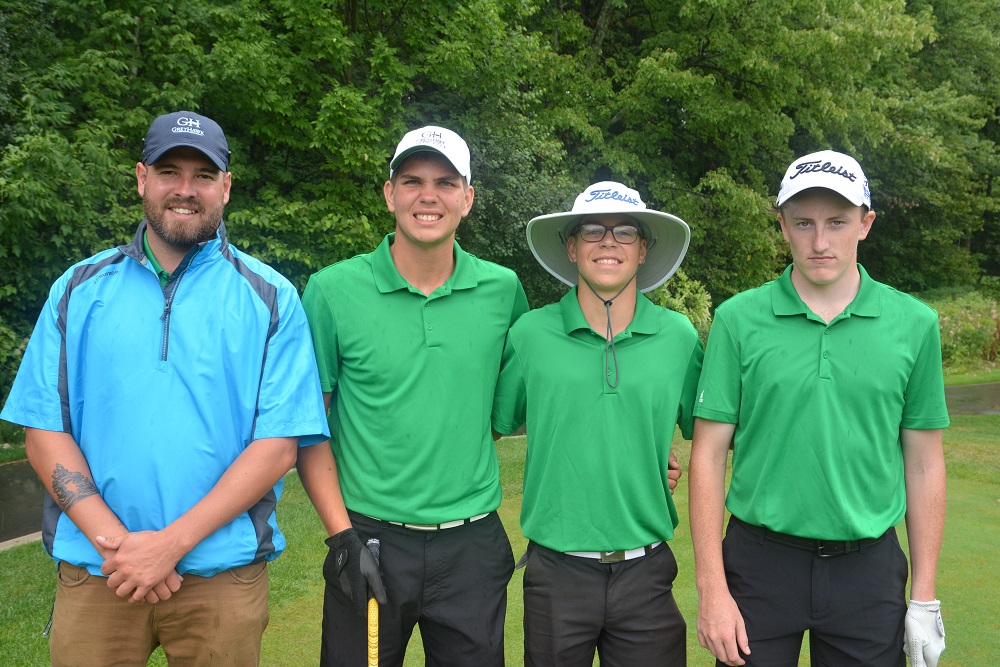 These kids love to have fun.

Whether you’re a 2019 Junior Club Champion like some or playing in your very first tournament outside your home club, the TaylorMade Junior Interclub Championship is always a terrific learning experience and highlight of the summer for those who tee it up.

“Never leave your rain gear in the car,” says Payton Lovisa, the 2019 Junior Girls Champion at RattleSnake Point Golf Club. “I left my rain jacket in my mom’s car. I looked at it in the backseat of the car when my mom dropped me off at the club this morning and said to myself, “I won’t need that,” well I was wrong.”

The teams had just headed out to their hole for a 10 am shotgun on Tuesday, August 6. As they teed it up, it started to pour rain. Everyone came in off the course for about 30 minutes before heading back out. It cleared until the teams were on their last or second last hole of the day. Then it poured like cats and dogs, but nobody was coming in without finishing.

“I also learned that it’s really important to stick to your routing and not rush the process, even when there are people around you,” says the 14-year-old, who shot the low score of her life in June, a 74 in the first round of the CJGA at TPC Toronto and went on to finish second in the U-15 division after a closing round of 82.

“Days like today are fun because we get to hang out together as friends and play some golf at a course we have never played,” added Payton, who teamed up with Kaitlyn Ellis, 13, Isabelle Noot, 14 and golf pro Michelle Ruiz. The three teens play a ton of golf. Almost every day they get dropped off in the morning at RattleSnake Point and picked up late in the day. They’re all members of the all girls Glen Abbey’s Junior Program with Teaching Professional Carrie Vaughan. Two of them will tell you their favourite golfer is Brooke Henderson and the other one is hooked on Tiger Woods. They agree that golf is their favourite sport. 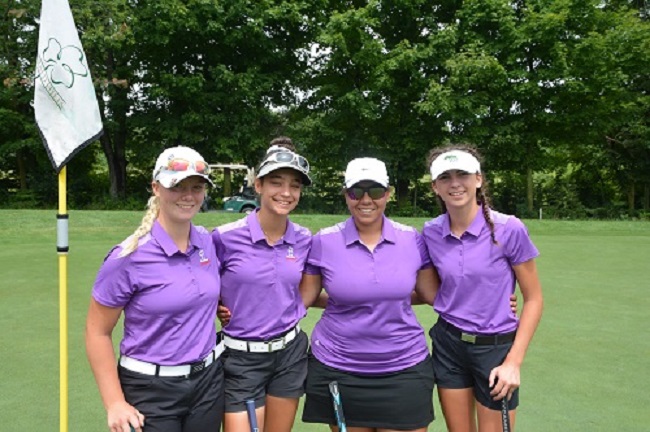 “It’s has been an awesome summer,” says Kaitlyn, who shot her best two-day score of 76-79 at Carlisle GC in an MJT event to finish second in late July. “I have been with the Glen Abbey Junior Girl’s Team for seven years. There’s a great team spirit and we play in lots of tournaments together. It’s a great program.” While they didn’t win in their first attempt at the TaylorMade Junior Interclub Championship, they’re hoping for an opportunity to return in 2020 and write a different story.

Marcus Piche didn’t win anything in his first appearance at last year’s Junior Interclub Championship at Blue Springs. His GreyHawk Golf Club team finished dead last, but he still has good memories of a fun day and wanted to return this year.

What a difference a year makes as Piche teamed up with fellow GreyHawk Members, Jocelyn Menard and Kaden Mikkelson and golf professional, Jon Stevenson to win this year’s two net best ball championship at 14-under, a single stroke ahead of teams from Heron Point Golf Links and GreyHawk Team 1.

“It’s awesome to win it,” he says with a big smile. “The conditions were tough out there after the morning rain, but we made some great shots. It was a real team effort. It was a great experience. We have to give credit to coach Jon who was clutch out there. He birdied our last hole of the day with a great putt and we won because of that.”

“Playing with these guys you never know what to expect, but it’s always a good day and going home with some ClubLink Gift Cards is pretty sweet,” says Kaden, who was using the interclub as a warm-up for the upcoming junior club championship at GreyHawk.

The boys were five-under after nine holes and then went on a hot streak going 9 under on the back nine, to take home $250 each in ClubLink Gift Cards. They also picked up 300 first place points in the ClubLink Cup standings, to go along with Eagle Ridge which won the Generations Cup and Grandview which won the Tournament of Champions earlier this season.

GreyHawk’s second team, a rookie squad, made up of Sylvain Bouchard, Ines Aouatif, Cameron Bergeron with golf professional Dawn Turner also enjoyed the day finishing in second and taking home $200 each in ClubLink Gift Cards. Well worth the drive from Ottawa to the GTA. The two GreyHawk teams drove to Toronto a day early to play a practice round at Emerald Hills, enjoyed some wings in the clubhouse after golf and spent the night at a local hotel before teeing it up in championship – nice road trip! 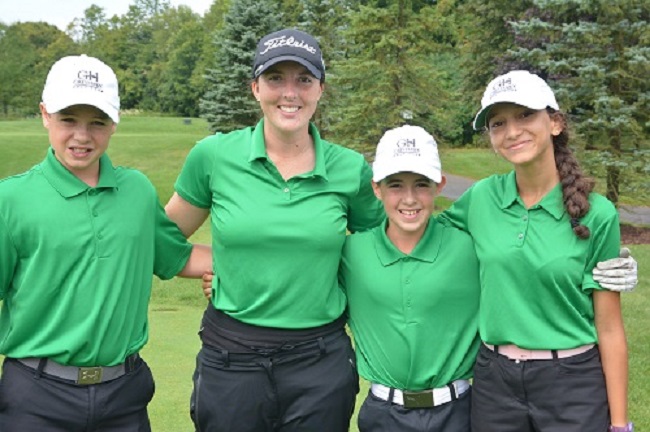 “I learned that you should never give up,” says 12-year-old Sylvain, who was playing in his first competition outside his home club. “We were three-under on our first nine holes and then we had a big come back to go 10-under on the final nine. It was very exciting.”

Ines carded the very first birdie of her short golf career with a 15-foot putt for a net hole in one. Pretty cool, when you consider she just started playing golf this year. She added nine net birdies and one net eagle to the team score!

“I learned to forget about the bad shots when you have one and to think about the next shot,” she says. “It was a great experience.”

At RattleSnake Point, they had a qualifier and 16 youngsters in the U-13 program battled it out for three spots on the team with coach Chris McClure.

“He made us play by all the rules and count every single stroke,” says 12-year-old Luke Hamilton, who was playing in his very first tournament with teammates Zach Adams and Tristan Cirella. They finished dead last – but where have we heard that before? “It was really fun playing a different course with my friends. Hopefully we’ll be back next year,” he added.