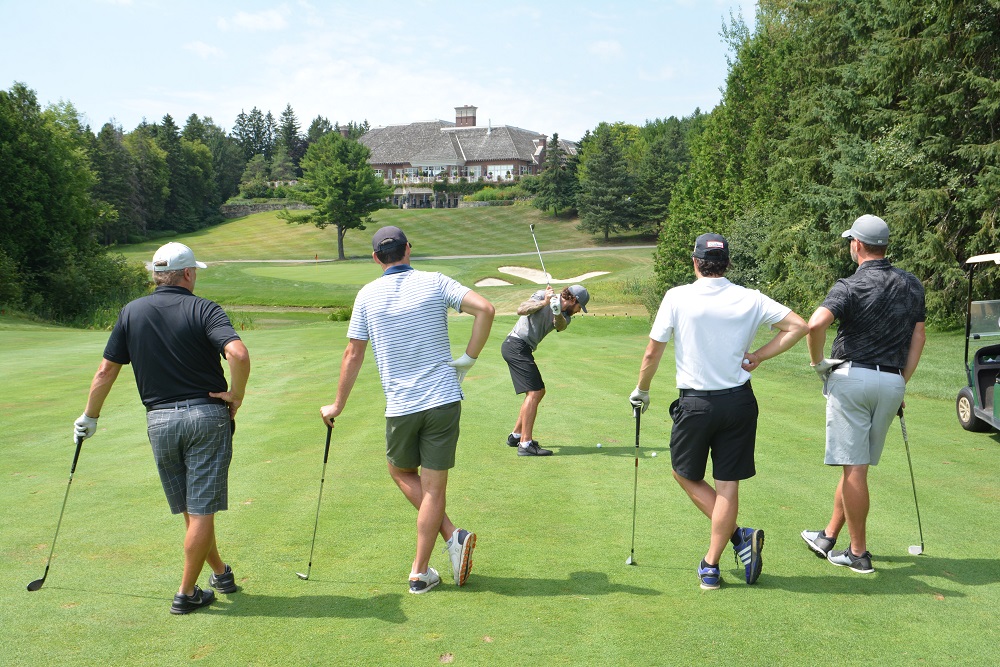 The speed of play at this year’s Canada Life Sports Legends Golf Classic at stately King Valley Golf Club resembled a three-on-three overtime period as everyone came out a winner.

While we have all played in shotgun golf tournaments that have gone on for five or six hours, this year’s classic was faster than a Tyler Seguin and Mike Gartner breakaway with all teams finishing under four hours and several well under that.

The sellout tourney that raises funds for the MLSE Foundation, featured former and current NHL standouts Billy Smith, Al Iafrate, Wendel Clark and Mike Del Zotto along with Gartner and Seguin playing a couple of holes with different groups while sharing some lively banter on all things hockey to spice things up. 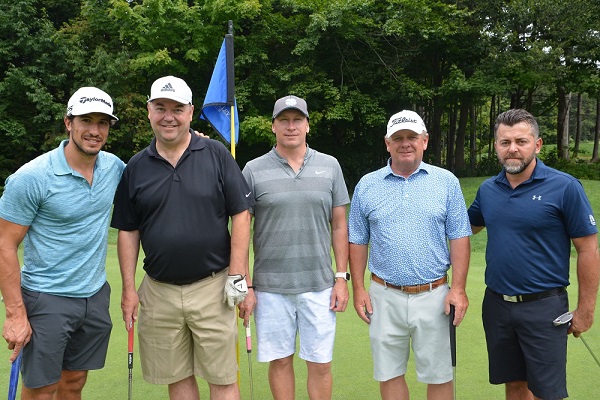 “I couldn’t believe the pace of play out there today,” says Seguin, who is entering his seventh season in the NHL as a member of the Dallas Stars. “I enjoyed the golf and chatting with the guests. I wish I could be better at it, but we have a lot of fun out there. This is the second year Mike and I have been to King Valley for the tournament, it’s a great spot and it was nice to see some familiar faces from last year.”

Del Zotto, who played for the Vancouver Canucks, Anaheim Ducks and St. Louis Blues in 2018-19 to win a Stanley Cup, also enjoyed the day. “They get to ask us pretty much anything and everything and I’ll tell them the truth. I’m a pretty open book when it comes to talking about hockey and other sports,” says Del Zotto, who signed with Anaheim as a free agent in July.

As part of a lively and very entertaining post-game locker room chat in the King Valley clubhouse where all smartphones are turned off, the players shared some unbelievable and hilarious stories about their hockey careers, but most can’t be printed because we wouldn’t want to hurt anyone’s feelings. 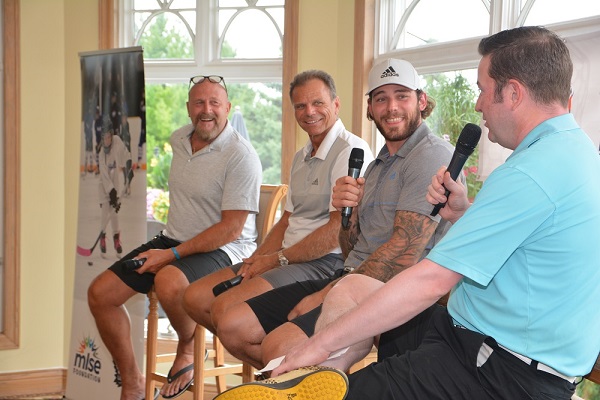 “I was up at 5:30 am this morning. Tyler and I trained together off-ice and then went for a skate before coming up here to be with you,” Del Zotto said during the chat. On the other end of the spectrum, Billy Smith, who won four Stanley Cups in net for the New York Islanders in the early 1980s, shared his routine. “I would come into the dressing the day after our last game of the season. My equipment would be hanging up and dry and I would put them in my hockey bag and zip it up. The trainer would come by and put some moth balls in it, and I wouldn’t open it up again until the first day of training camp,” says Smith who was nicknamed the “Hatchet Man”. If you came through my crease, I let you have it. I tried to make my crease as big as possible. I didn’t go looking for it, but if you wanted it, I handed it out.”

They talked about former coaches, past and present players, favourite goals, first goals, best cities to visit and play in and much more.

At the end of the day, Ryan McCue, Jordan Wilton, Sean Walsh and David Strathdee posted a score of 17-under as the winners of the classic. 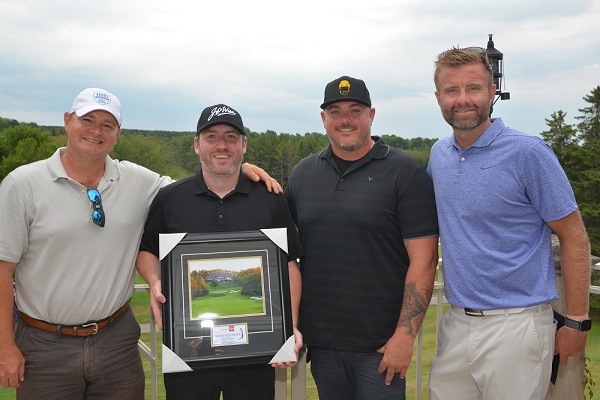 “It’s my first time here and it has been an awesome day,” McCue said before finding out his team won the event. “We had back to back eagles on No. 4 and No. 5, which were absolutely awesome,” added McCue who hit his tee shot 293 yards around a pond on No. 4. The ball landed on the green and rolled to within four feet of the hole leaving an easy eagle putt that he made. Next up was the par-5 fifth and Wilton nailed a 350 drive into the middle of the fairways and McCue’s sand wedge shot landed about 18 inches from the cup to set up another easy eagle.

“We played with Billy Smith, Mike Del Zotto and Mike Gartner. What a great day. My favourite was Mike Gartner. He’s an unbelievable Hockey Hall of Famer and a great guy,” said David Strathdee, who led the team with five birdie putts from 10-feet plus.

Two teams finished T2 at 14-under including Brad Moyer, Scott Allan, Colin Streutker and Dylan Toscan on one team and Evan Ashton, Mark Magder, George Chiu and Mackenzie Chiu on the other.

“The speed of play was excellent. We played in under four hours,” George Chiu said. “We had Mike Gartner, Billy Smith and Mike Del Zotto for a few holes and they really helped our team. They hit the ball very long and straight and are fun to chat with. We have had a great time.”

Don and Maureen Eede from Paris, ON joined up with good friends Brian and Cathy Walsh to play in the golf classic for a third consecutive year.

“It’s a lot of fun and a great course,” Don says. “Over the years we have played with Al Iafrate, Mike Gartner, Darcy Tucker, Bill Smith, Geraldine Heaney and probably a couple of others. They can all hit the ball so far, especially Darcy Tucker.”

Lisa McLaughlin, Director of Philanthropy and Operations at the MLSE Foundation, shared a video and news about MLSE Launchpad, a recreational facility in the GTA that is fully free for children to register in all programs.

“It’s great to have this event come together and support the MLSE Foundation. Our goal is to improve the life of youth through sport and the power of sport,” McLaughlin said. “At Launchpad there is an opportunity for kids to try sport, maybe kick a soccer ball for the first time, or take a shot with a basketball at a net. It’s not only about sport, but it teaches them life skills that are important as they grow up.” MLSE Foundation will celebrate its 10th anniversary in December 2019, having raised over $30 million in that time to help 125,000 youngsters enjoy sport.