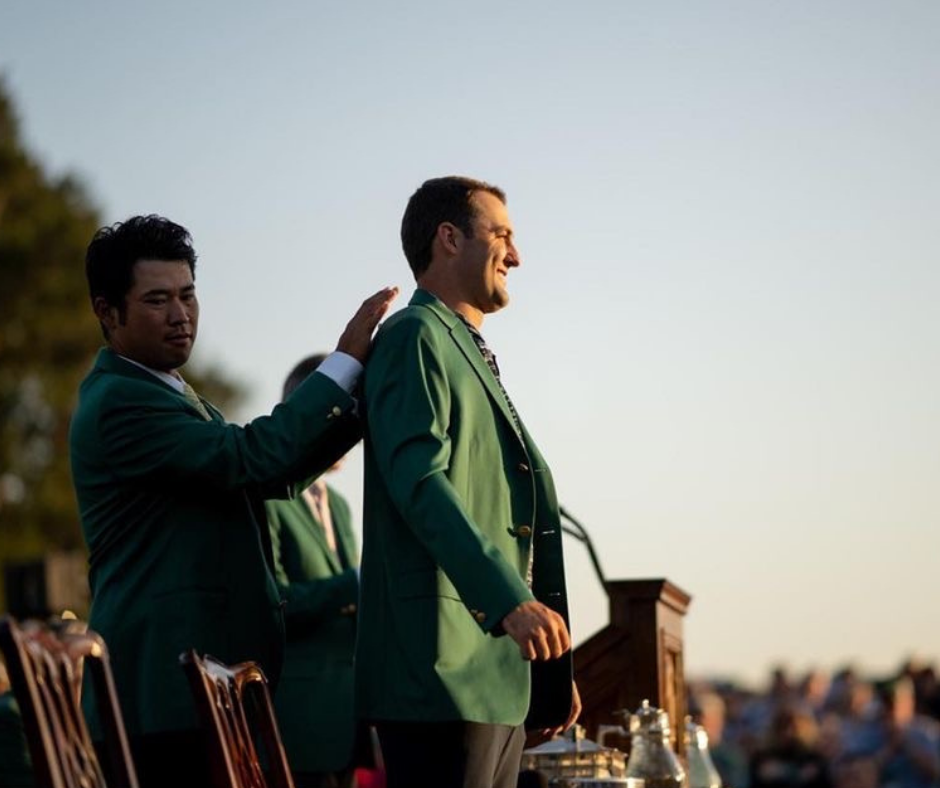 Now as impressive as Scottie Scheffler has been, it is safe to say the bigger story was the return of Tiger Woods. Here's what happened to Tiger no more than 14 months ago; and if you didn't know, you must have been living under a rock. Considering the 5-time Master’s winner nearly lost his leg from an accident back in February of 2021, it was amazing to see him out there competing. Not only did he shoot a round of minus 1 in his first round, but he made the cut and was on the verge of contention for a short time. When Woods spoke back in November 2021 about his accident, he mentioned he had been working a lot on his short game because that was all he could do. Well, unfortunately, that was the part of his game that let him down. Taking a new approach to his swing to account for balance and less pain, Tiger was stripping it for the most part. Anything within 100 yards seemed to come from a different person — not the Tiger we are used to. As the rounds went on, we could tell he was struggling more and more, the grimaces on his face and limping became more noticeable; you could almost feel his discomfort as the tournament progressed.

For anyone who followed Tiger Master’s weekend (and by no means he is done), it was his first competitive tournament back and there is always more work to be done, plus more physiotherapy to do. Tiger did confirm that he will be playing in the U.S. Open in June. We'll be counting down the days!

Now for some laughs! Let’s check out some of the best Memes from The Masters.

If you saw Scottie Scheffler put on his vest and take it off a thousand times on Saturday, we could all agree that it was painful to watch. With that said, putting on the Green Jacket was just as painful to watch… 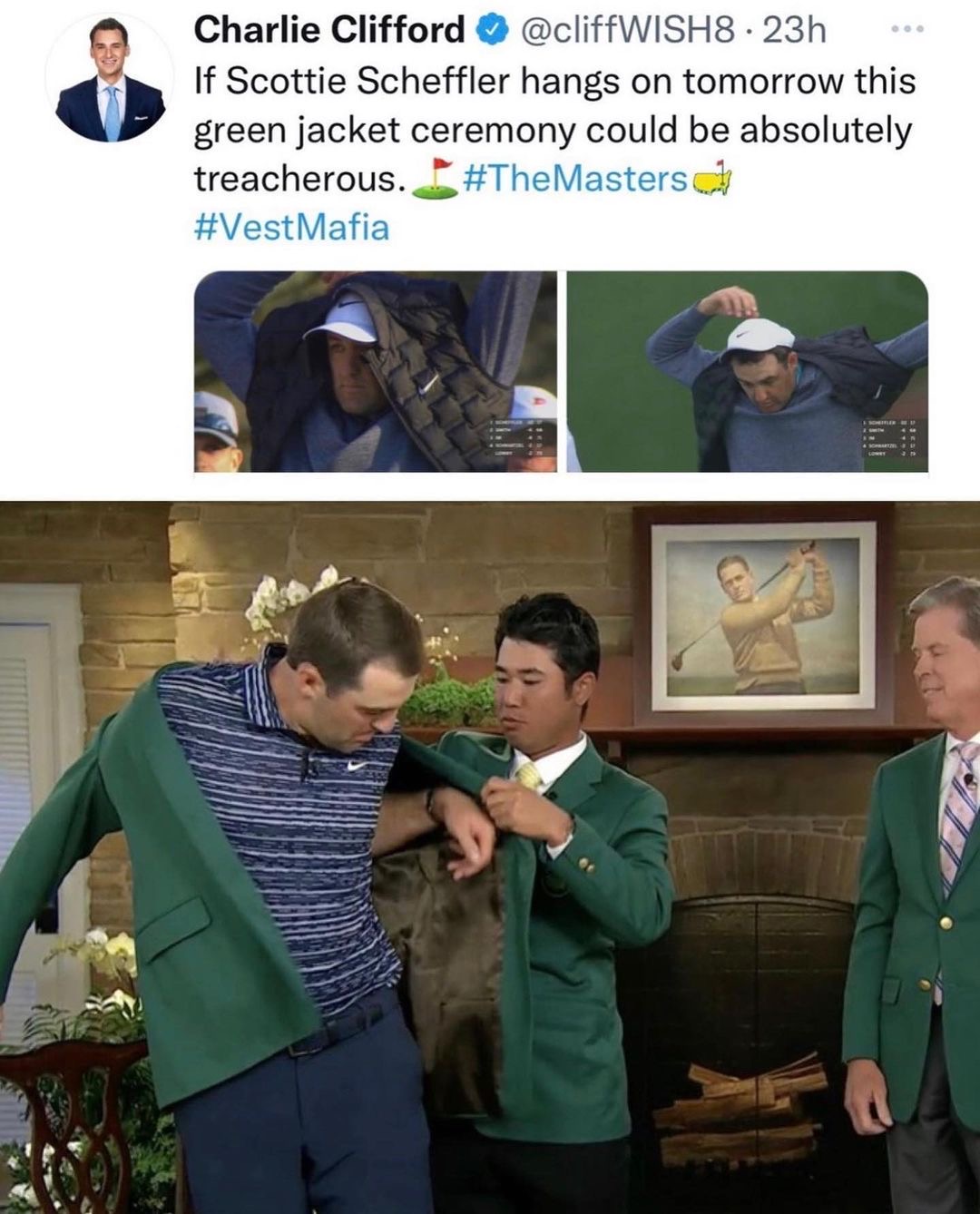 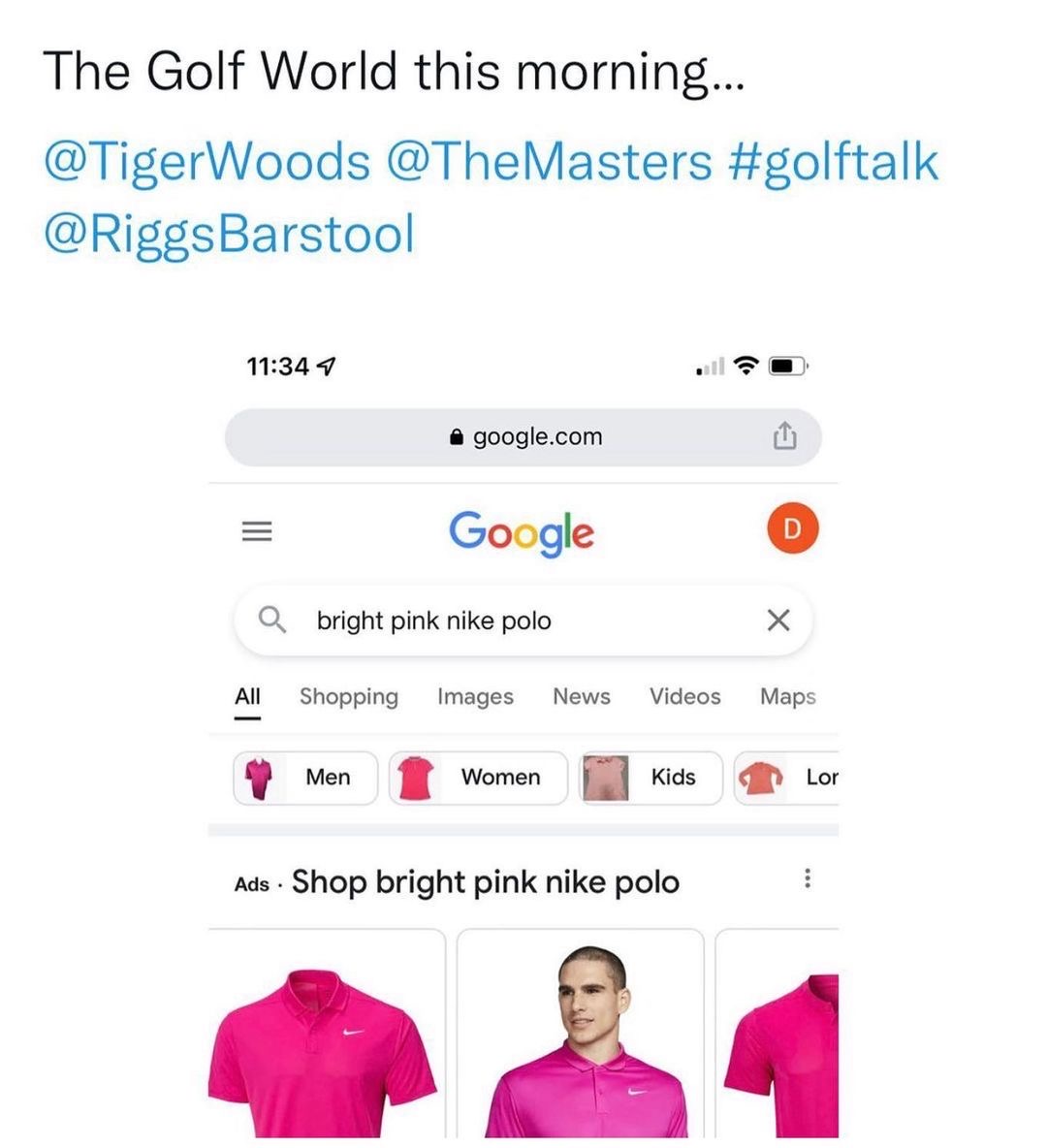 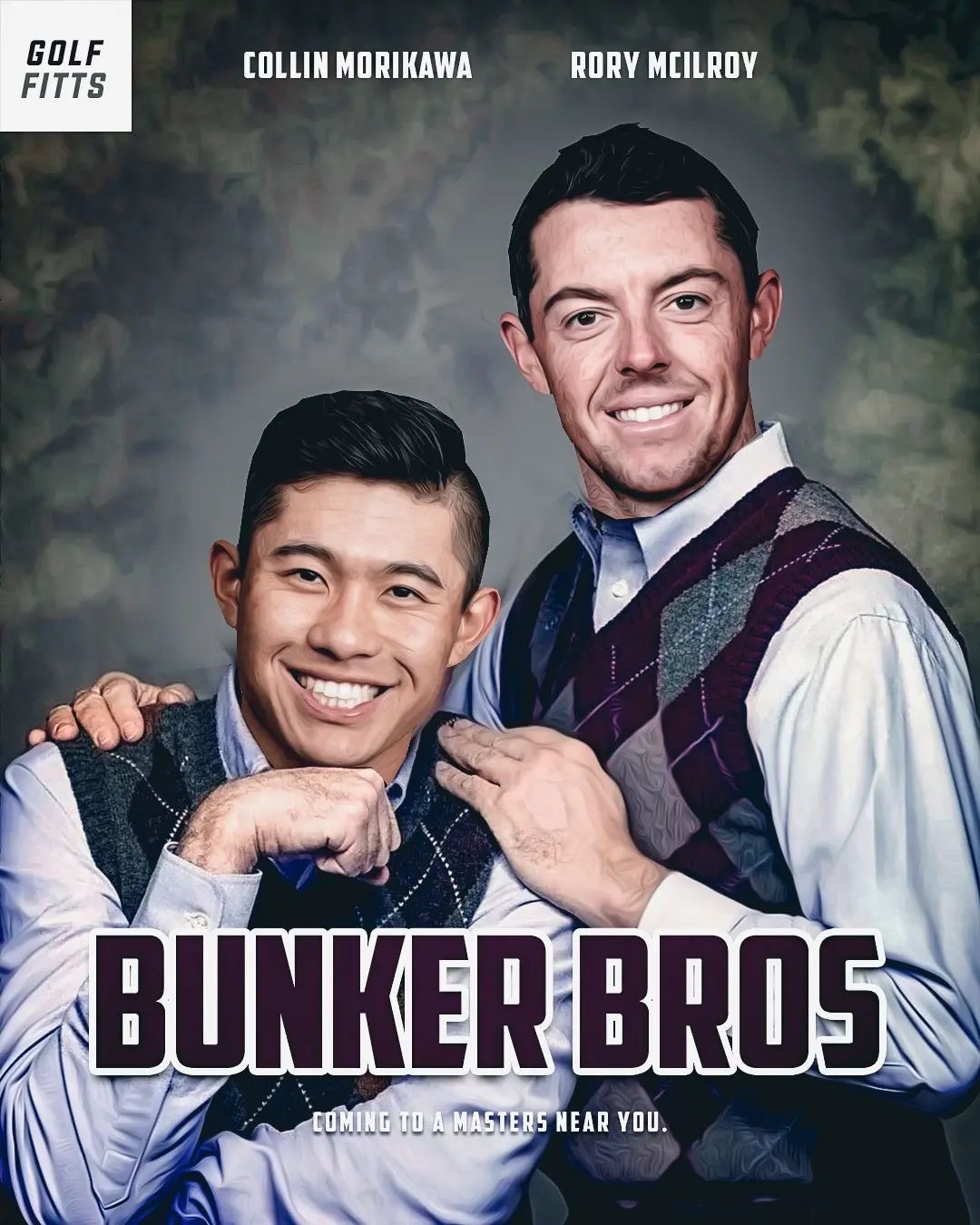 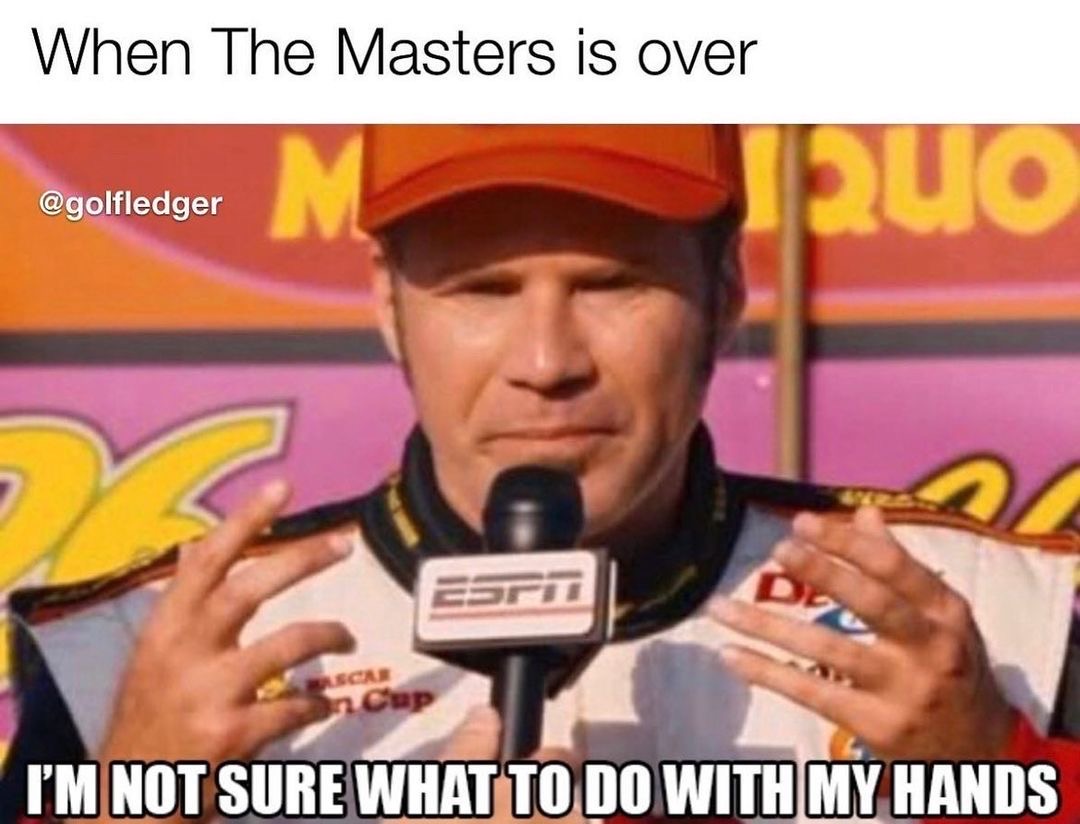 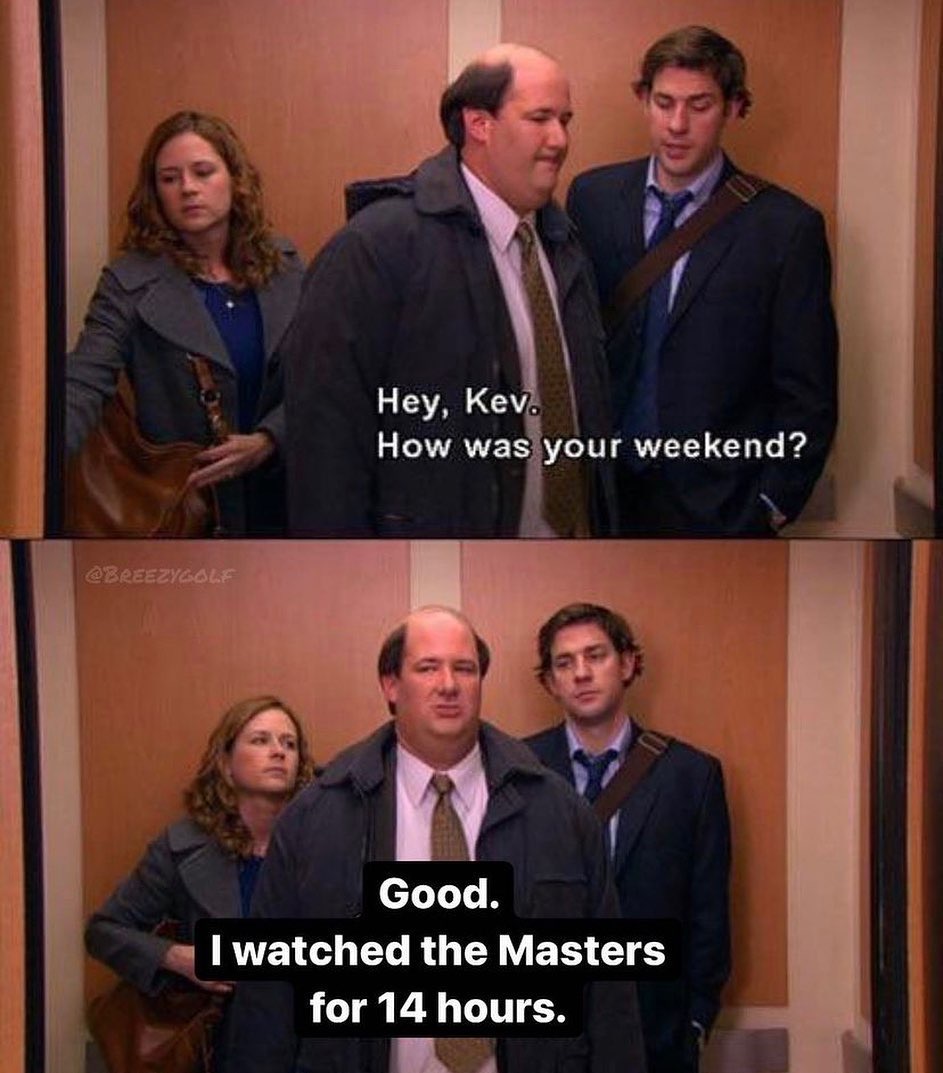