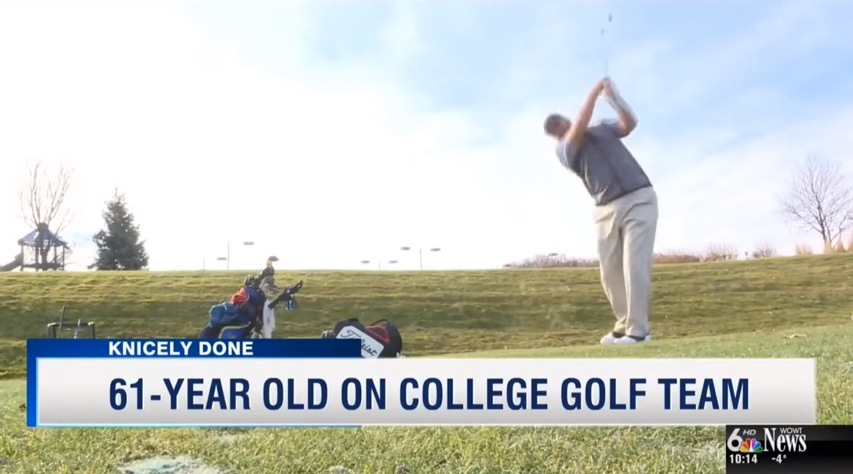 In late December, it was reported that Bellevue University in Nebraska successfully recruited 61-year-old Don Byers to play for its golf team in the upcoming season! Byers, who owns a successful insurance business, plays to a one handicap, and has five grandchildren, recently enrolled at Bellevue for the winter semester. And even though Byers will be one of the oldest athletes in the history of collegiate sports, he purportedly has more than enough distance off the tee to compete with players who are roughly one-third his age! “To have a 61-year-old [on your team] is one thing, but to have a 61-year-old that can really play is fun,” Bellevue head coach, Rob Brown, told the local news. “The other teams are going to wonder what in the world?!?”

We all knew that Brandel Chamblee was going to weigh in with some outrageous remark about Tiger Woods’s swing last week following the 14-time major’s struggles finding the fairway at the Farmers Insurance Open. And Chamblee did not disappoint, offering perhaps his most ludicrous suggestion to date on the Golf Channel Podcast this past Wednesday. Chamblee told co-host Will Gray that he could fix Tiger’s driver issues in two minutes, if given the chance. “All he needs to do is move three inches to the right in his backswing,” Chamblee said. “That’s it. It’s game over from there. He can’t mess it up. But he doesn’t. He stays centered and he drops down, and he turns left. And it’s like one bleeds into the next which causes another problem, which causes another problem, which requires another compensation.” Chamblee may, in fact, be correct in thinking that Tiger is not staying behind the ball enough prior to impact, but his assertion that he could fix the man’s mechanics in a total of two minutes is just ludicrous. In the most optimal scenario, it would take weeks — if not months — for Tiger to develop the type of muscle memory that he would need to repeat this new motion on a consistent basis. Tiger parted ways with his most recent swing coach, Chris Como, in late December, and does not appear to be looking for a new instructor at the moment. But both Tiger and Chamblee will be at the Genesis Open in a couple of weeks. And maybe — just maybe — Tiger will give Chamblee those two minutes to work his magic on the 41-year-old’s swing in a televised segment that would surely go down as one of the most entertaining 120 seconds in golf history.

Move over Brooke Henderson and Mackenzie Hughes because there is another young Canadian golfer on the rise! Last week, three-year-old Preston Cowie of Newmarket was voted the winner of the Best Peewee Golf Swing in the World award for the 3-and-under age division at the PGA Merchandise Show by celebrity judges Jack Nicklaus, Annika Sorenstam, and Michelle Wie. According to his father, Preston began swinging soup ladles, and other household objects, like golf clubs around the time that he first started walking, and is now taking lessons from a local professional. Check out this highlight reel. It’s guaranteed to make you feel inadequate about your own swing deficiencies! 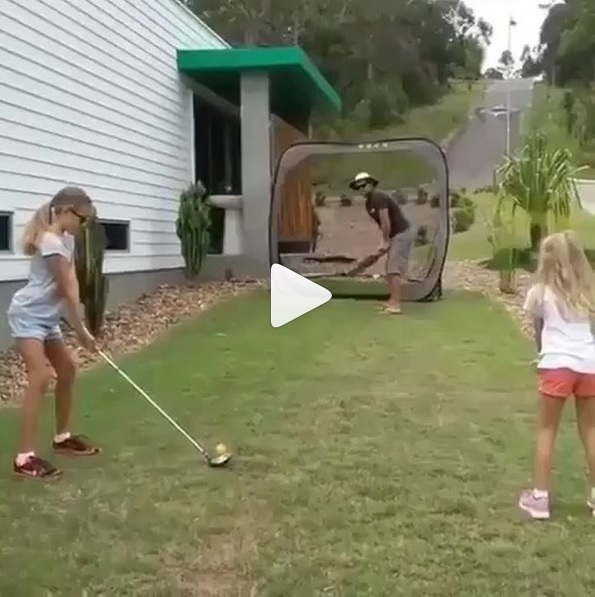 On Friday, Ian Poulter shanked his tee shot on the 16th hole so badly to the right that it ended up in the grandstands. Fortunately, no one got hurt. 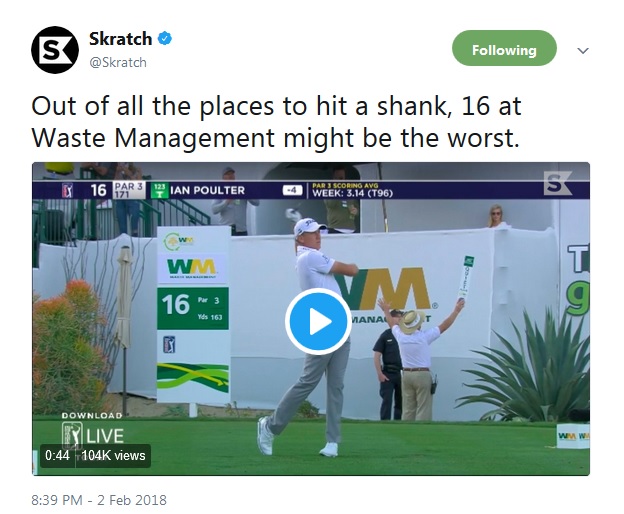