The Shag Bag: Rory Takes a Break from the European Tour 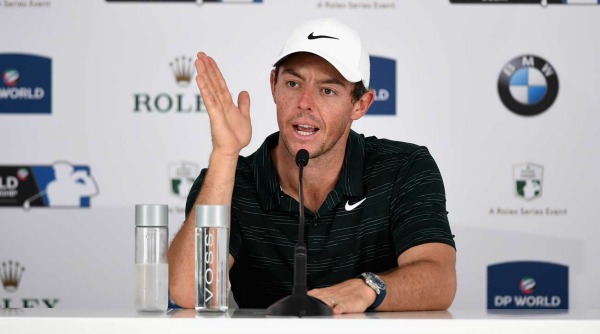 A Year Away from European Play

Rory McIlroy caused a mighty stir on Tuesday when he announced that he would be foregoing his European Tour card in 2019 to focus on his PGA Tour career. McIlroy explained that his decision was the result of 2019 not being a Ryder Cup year and the PGA Tour moving the Players and PGA Championships up in the calendar. As a result, the 29-year-old confirmed that he has only committed to play two European Tour events next season—at least up to, and including, August. “I want to play against the strongest fields week in and week out, and for most part of the season that is in America,” McIlroy said. “If I want to continue to contend in majors and to continue my journey back toward the top of the game, then that’s what I want to do.” The announcement, which came two days before the commencement of the DP World Tour Championship, was not received well by European Tour fans. Even, Paul McGinley, who captained the Northern Irishman during Europe’s victorious 2014 Ryder Cup bid, questioned the four-time major champion’s commitment to European golf in a lengthy column for Sky Sports the following day.

Despite the backlash, McIlroy remained steady in his resolve. “McGinley is on the European Tour board; he’s involved and he has to protect what he has and I get it,” McIlroy told media members on Thursday. “Everyone has to do what’s best for them and for me next year, I’m trying to do what’s best for me to get back to being the best player in the world and try to win majors again.”

There has been some weird stuff going down at this year’s European Tour Q School. Last week, we told you about the bizarre two-stroke penalty that prevented Gian-Marco Petrozzi from advancing to the final stage after the Englishman raked a bunker between his approach shot and the 18th green. This past week, there was yet another strange incident at Q School, involving a player getting disqualified for signing an incorrect scorecard despite posting the correct score. That’s right! Even though Manchester native Tom Murray shot and signed for a 70 in his second round at the final stage, he recorded two of his individual-hole scores incorrectly—one 1-stroke too high and another 1-stroke too low. Those scoring errors proved costly for Murray. Had the 28-year-old been more diligent, he would have started round 3 among the top 25 players on the leaderboard and likely would have secured his card for the 2019 season.

It’s probably a good thing that this ball was on a natural incline in the bunker because baseball bats generally don’t have much loft … or grooves … or bounce. Come to think of it, it’s kind of a small miracle that this ball landed on the green as softly as it did.