The Shag Bag - Lefty's Putter Lets Him Down 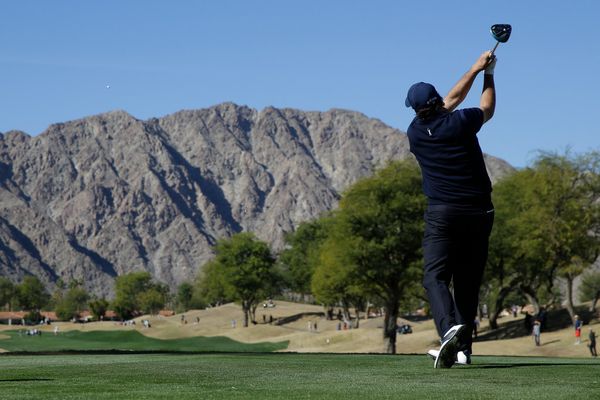 You can justifiably attribute a variety of labels to Phil Mickelson - "short game wizard", "gambler", "type-A personality", "five-time major champion", etc - but a "predictable player" should not be one of them. For better or worse, Mickelson is golf’s greatest enigma, and the 48-year-old proved once again last week why that is the case. In his first PGA Tour appearance of the calendar year, Lefty nearly went wire-to-wire for the victory at the Desert Classic, formerly known as the CareerBuilder Challenge, the Humana Challenge, the Bob Hope Desert Classic and the Bob Hope Chrysler Classic since its inception as the Palm Springs Golf Classic in 1960. Prior to teeing off on Thursday, Mickelson warned fans that his game was pretty rusty. Approximately five hours later, Mickelson walked off the golf course with a three-shot lead on the field after carding the lowest round of his career: a 12-under 60.

He kept that lead neatly in check through Friday and Saturday’s rounds and seemed well on his way to picking up the 44th PGA Tour victory of his career. But Mickelson’s putter went ice cold on Sunday to the tune of an abysmal -3.251 in strokes gained on the greens and an average of 1.824 putts per hole, which was unfortunate because he hit 17 of 18 greens in regulation on the afternoon.

His two-shot lead evaporated almost instantly and turned into a three-shot deficit, before he rallied to regain a share of it. Unfortunately, his birdie putt from 38 feet on the final hole grazed the low side of the cup and gifted tournament winner Adam Long a perfect read from 18 feet to secure a birdie and the first victory of his career.

The European Tour isn’t nearly as popular as its North American counterpart, but what the tour lacks in viewership it makes up for in hilarious, viral content. In the past few years, we’ve seen dozens of great videos emerge from the official European Tour Twitter account, including Edoardo Molinari’s iconic 12-hour marathon attempt at making a hole-in-one on a 145-yard par 3. Last week, the circuit let viewers in on a little secret: all of its content is conceived by a panel of players consisting of Tommy Fleetwood, Lee Westwood, Thomas Bjorn, Henrik Stenson and Eddie Pepperell. And you will just love some of the ideas they have in store for us this year, including European Tour-branded cats playing the piano; a segment called Monty’s Pythons, featuring Colin Montgomery and a bunch of snakes; and a reality TV show called Glove Island that would pit five island-stranded tour players against one another with only four gloves to go around.

Escape of the Week

For those who believe they’ve seen professionals escape from every type of hazard imaginable, we present you with Shane Lowry’s escape from a trash heap at the Abu Dhabi HSBC Championship last week.

The 16th hole at PGA West (Stadium Course) is called San Andreas Fault for obvious reasons. The cavernous bunker to the left of the green is wickedly deep and no place for a professional trying to win a golf tournament.

Because us amateur golfers are more likely to score above 100 than to break par, we consider each of our lucky bounces to be deserved. But even the most delusional amateur hack wouldn’t be able to justify the multitude of lucky breaks that Jerry Kelly got on the 7th hole during Saturday’s finale at the Mitsubishi Electric Championship. Kelly’s second shot went wide right on the par 5 and it appeared that the 52-year-old was going to make a large score on the hole and take himself out of contention. But perhaps the golf gods had other ideas. Kelly’s ball took several preposterous bounces off the lava, cart path and a spectator before trickling back into play and coming to rest on the green! Did Kelly go on to make the 25-foot putt for eagle? You know he did!