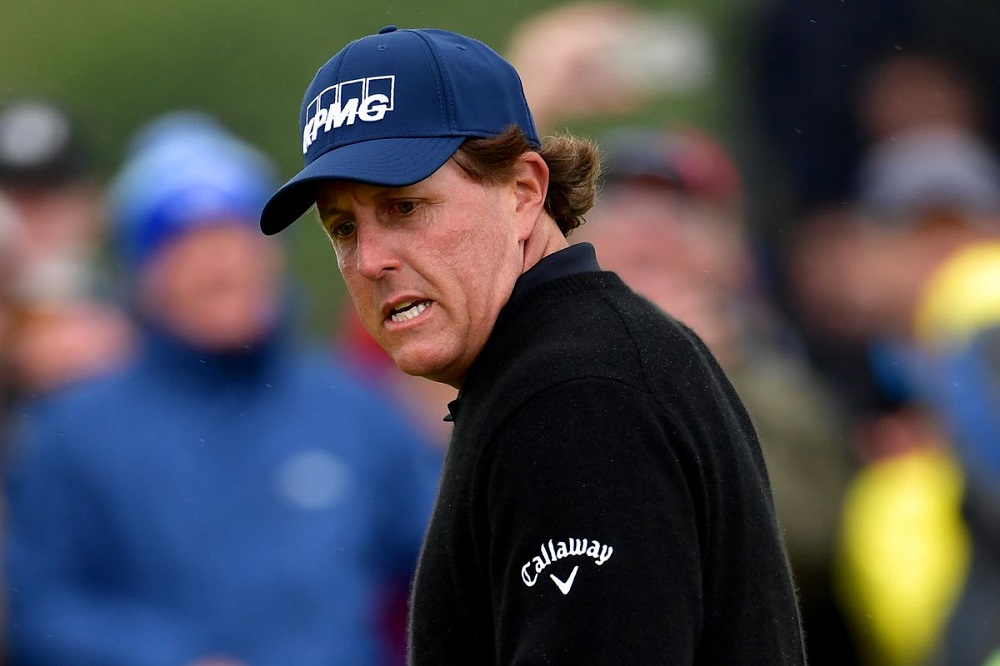 Despite getting off to a hot start this season, Phil Mickelson has struggled mightily as of late with five missed cuts in his last nine starts as he headed into the 3M Open. Last week was more of the same. Mickelson’s opening nine was derailed in a heartbeat on the 18th hole when the 49-year-old dunked both his tee shot and his subsequent drop in one of the course’s numerous ponds. Mickelson made a dreaded snowman on the hole and a par on the next, before dunking yet another tee shot on the 2nd hole. He got a stroke back with a birdie on the 17th, but stumbled once again on his final hole of the day when his approach shot found the water to the right of the green. Mickelson seemed to find every lake in Minnesota in that opening round, and still somehow shot a 74 which is pretty impressive given the circumstances. Unfortunately, things didn’t get much better on Friday with Mickelson finding the water two more times to shoot a one-over 73 and miss the cut by eight strokes. Because he won at Pebble Beach earlier this season, Mickelson is still quite safe in the FedEx Cup rankings. He currently sits in 27th place with 896 points. But he has been trending in the wrong direction for some time now and if he doesn’t turn it around soon, he might be one of the earlier exits in this year’s playoffs.

Yealimi Noh had quite the professional debut on the LPGA Tour last week. The 17-year-old Monday qualified into the event, sharing medalist honours in the process. Then she went on a birdie blitz in her opening round, making 8 birdies and an eagle on Thursday to open with a 63! 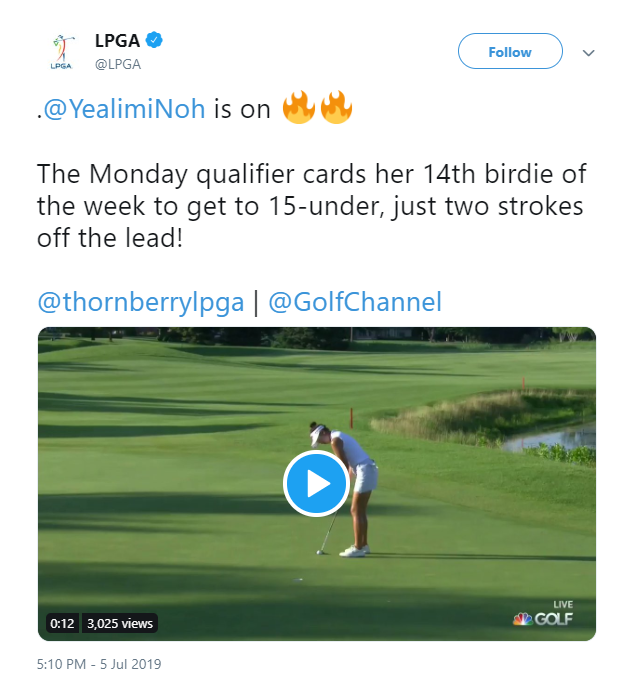 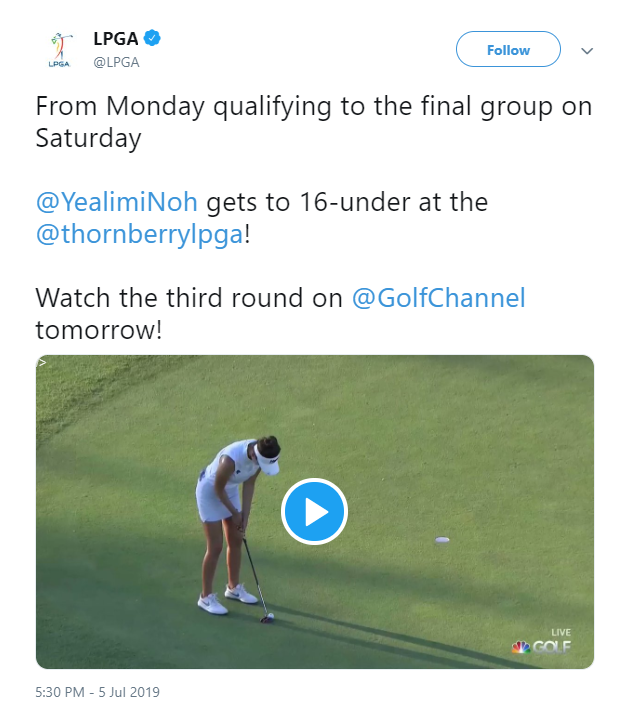 The 2018 U.S. Girls’ Junior Amateur champion maintained her torrid pace on Friday with another seven birdies en route to a 65. 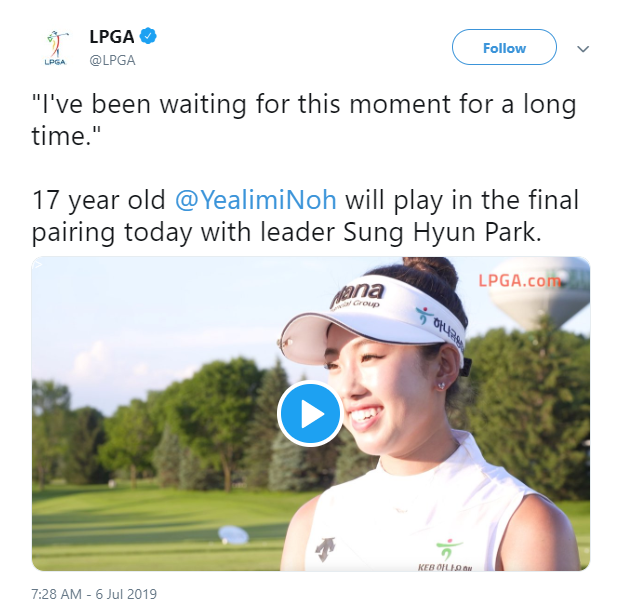 That round put Noh in solo second place heading into the weekend behind world No. 1 Sung Hyun Park. She did not ultimately win the tournament—only two Monday qualifiers have ever pulled that off in LPGA Tour history—but she did remain in contention for the rest of the tournament, shooting a pair of 69s on Saturday and Sunday, and finished the week tied with Park for 6th place. What an incredible way to announce your presence on the circuit! We don’t expect this will be the last time we’ll be hearing Noh’s exploits. 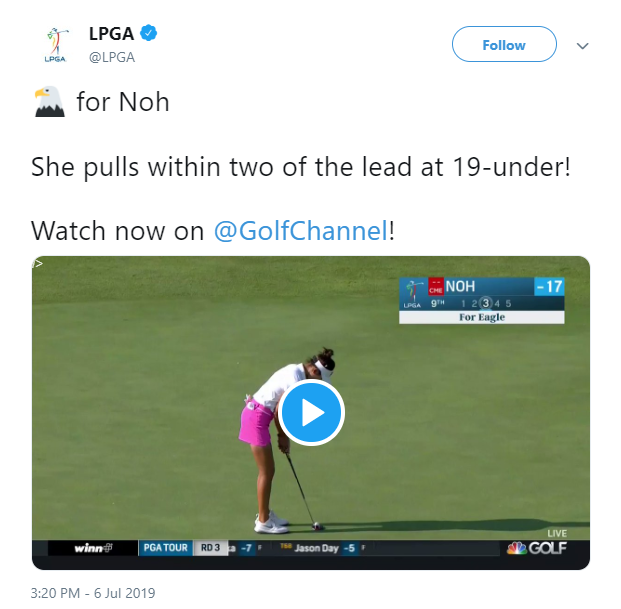 Golf phenom Gianna Clemente is going to need a bigger trophy case. The 11-year-old has already won twice at the U.S. Kids Golf World Championship and qualified for the 2017 Drive, Chip, and Putt National Finals, but what she did last week at a U.S. Women’s Amateur qualifier tops all of her accomplishments to date. On Wednesday at Ford’s Colony Country Club in Williamsburg, Virginia, Clemente shot a one-under 71 and qualified for the U.S. Women’s Amateur. Clemente made birdies on three of her final five holes to secure the final spot into next month’s event. She is the third youngest golfer to qualify for the tournament in the event’s 119-year history. “I’m very proud of myself. I worked hard and it’s nice to know hard work pays off,” Clemente said after her round. “I believe in myself enough that I can do anything, but it’s nice to know I accomplished something that’s very important.” 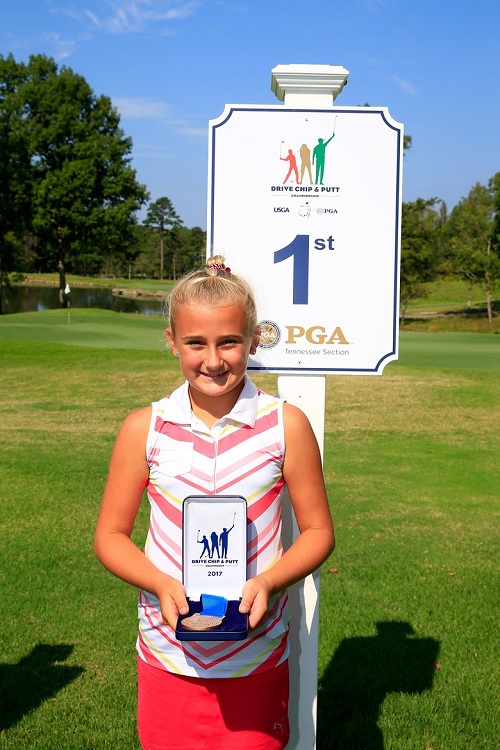 Clips of the week

With a touch like this, this guy should be on the PGA Tour:

During the 3M Championship, Matthew Wolff's viewing gallery had even the commentators cracking up:

We are all this kid today…

An unexpected hole-in-one from last week at the Glen Abbey Golf Club:

What a week for the game of golf.