THE NEW RULES OF GOLF ARE ALMOST LIKE CHEATING 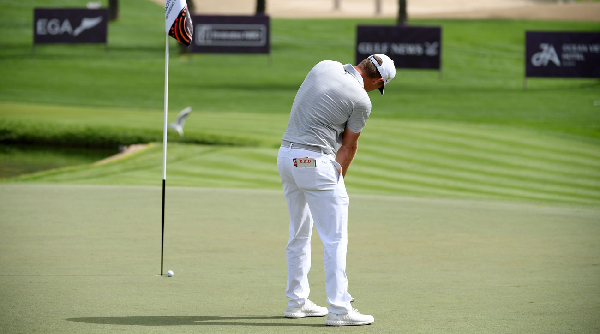 There’s been a lot of confusion on the PGA Tour and a lot of whining about the new Rules but if people understood them better, they would realize there are some huge advantages now that make it seem like you’re getting away with something.

In the BIG NEWS category, Rory McIlroy winning the Players Championship; Phil Mickelson winning a tournament at the age of 48; and Matt Kuchar finally paying his Mexican caddie are all candidates for Story of the Year so far in 2019. You could also add almost anything about Dustin and Paulina; or Tiger Woods’ ailing back, knee, neck, long game, short game, putting game – well you get the idea.

Good stories all but not even close when it comes to determining the Trendiest Topic in Golf right now. That would be – drum roll please – the Rules of Golf.

The new Rules aren’t really that hard. In fact, if you flip them around, they’re really like new opportunities. Anybody remotely familiar with the old Rules will feel like they’re cheating when they apply the new Rules.

Cheating? Is that allowed now too.

Of course not. But here are ten (10) ways you’ll feel like you got away with something, thanks to the new Rules of Golf:

Don’t watch your step!
Under the old Rules, if you were searching for your lost ball and accidentally moved it, that was a penalty. No longer. Under Rule 7.4, you just replace the ball where it was without penalty. So, feel free to stomp around in the underbrush and kick everything in sight. It will feel very liberating after that awful shot that got you there in the first place.

Anger management is no longer a concern
If your golf game is going sideways and you are prone to slamming an offending club against a tree, golf bag or small forest creature, that can result in damage to your club. Under the old Rules, that damaged club would have to be taken out of play. Under the new Rules, you can continue to use the bent club, although you may have to re-align your putting stroke.

A TC Chen is a thing of the past
In 1985 at the U.S. Open, final round leader TC Chen was penalized after he double hit a shot. He subsequently lost the Open but was memorialized ever after by having any double hit named in his memory. Under the new Rules, a TC Chen (double hit) does not get penalized. That seems reasonable since it’s already quite embarrassing and the shot rarely ends up in a better place anyway.

Better late than never
Until now it has been illegal to tap down spike marks on the green. Since metal spikes disappeared along with dinosaurs and the Ford Edsel, it has been something of a moot point ever since. However, under the new Rules you can fix almost any damage on the green including spike marks, shoe indentations, scrapes left by careless caddies and animal damage.

Good grooming can help your game
Under the old Rules, you would have to be very careful when proceeding in a hazard. You couldn’t touch the ground with your club or move any loose impediments. Not any more! Feel free to toss out sticks and stones until you have a clear swing path. Just don’t take too long doing it, please.

No harm, no foul
At the 2016 U.S. Open, Dustin Johnson was penalized for causing his ball to move on the green, when it was clear from the video replay that he didn’t touch it with his club or body. The new Rules have eliminated the “accidental” part of that infraction. If you unintentionally hit your ball during your backswing or practice swing, kick it, or move the ball while marking it, just replace it with no penalty.

Sand is tough enough
If your ball comes to rest in a bunker, that should be enough of a penalty for the errant shot. You shouldn’t also have to deal with rocks, leaves and other loose impediments. Well, now you don’t. Feel free to remove them all.

The flagstick is your friend
One of the great new debates on the PGA Tour is whether to leave the flagstick in when putting or not. It’s now legal to do so. Mad Scientist Bryson DeChambeau believes more putts go in when the pin is left in place. Traditionalists will still take it out. It’s your choice.

The dreaded embedded
Playing the ball as it lies has been a bedrock principle of golf since Angus and Struan began bunting it across the moors. That worked well when nobody could hit the ball more than ten feet in the air. However, the advent of surface to air launchers has exponentially increased the likelihood of an embedded ball. Under the old Rules, you were allowed relief from an embedded lie “through the green” which meant in the fairway. Now the Rule has been expanded to allow relief anywhere in the “general area” which means anywhere except in the sand. Take a drop (FROM KNEE HEIGHT) within one club length of where the ball was embedded.

No need to repeat that awful OB shot
A new “local” rule has been added to the Rules for shots hit out of bounds. The old stroke-and-distance option may be eliminated under a local rule at the club’s discretion. Players may take a two-stroke penalty and drop a new ball anywhere between where their original shot went out of bounds and the fairway. Two strokes sounds kind of tough but it sure beats going back to the tee and hitting your third shot OB. Or your fifth.

As you can see, the Rules of Golf can work to your advantage too. It may feel like cheatin’ – but it’s not!