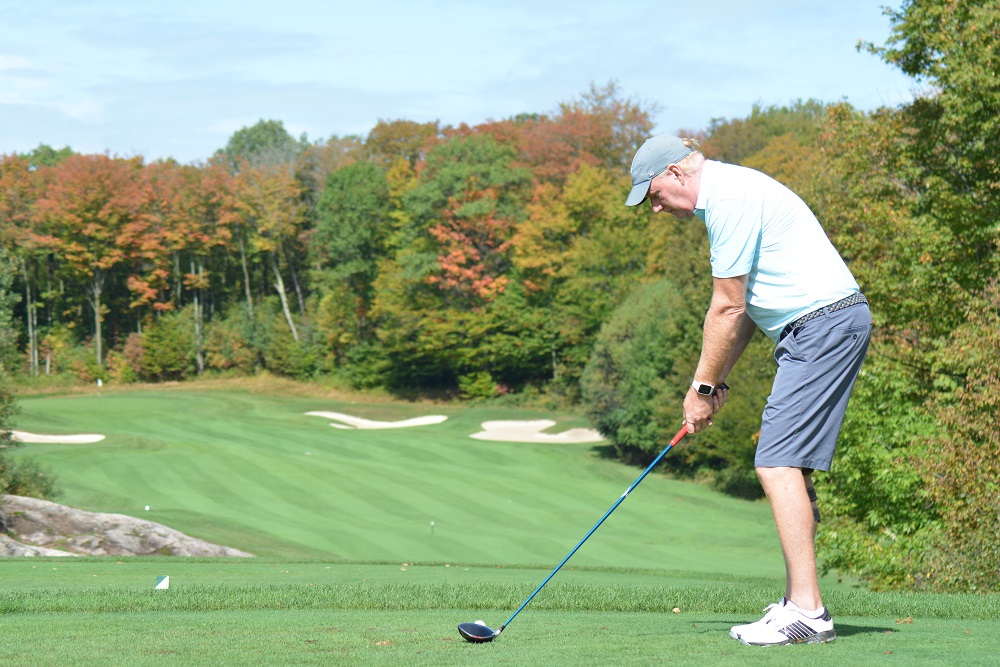 The cats and dogs came to play with the Members for the second round of the WestJet Men’s Interclub Championship Presented by Unilock at The Lake Joseph Club and Rocky Crest on September 22 and 23.

While Mother Nature spared the 24 teams that gathered for the annual consolation finals from a thorough drenching, it was a moist affair. Kanata G&CC and GreyHawk GC made it a clean sweep for the Ottawa area teams winning both the Michelob Ultra and Adidas divisions respectively.

GreyHawk led the Adidas division from start to finish collecting a stellar 127 Stableford points in the six-player team event on Day One at Lake Joe for a three-point lead over the boys from Lake Joe. They continued their strong play on Day Two to clinch the overall title with a total of 248 points, the highest score of any team, for a two-point victory over The Lake Joe Club at 246 points. Grandview and Rosemere finished T3 with 240 points.

“I felt mentally fatigued after the two days. Physically I was fine, but we had to concentrate both days, especially the second round. There was more pressure to grind it out and get it done,” third-year team captain, Ray Licari said the following day while warming up for the ClubLink Men’s Night Team Championship at Grandview. “It makes you wonder how the guys who are out on the professional tours do it week in and week out, but it was a lot of fun and the guys had an awesome time. We met some great guys and caught up with some old friends from the other clubs. All in all, it was a super weekend.” 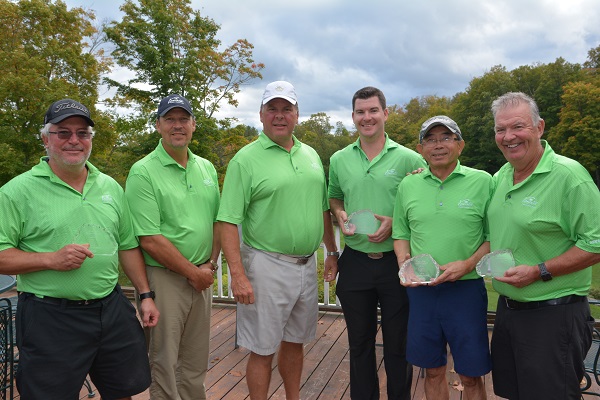 GreyHawk team members, who added $250 in ClubLink gift credit to their Member account included Tim Doyle, Brian Elliott, Jim Crawford, James Dickson, Lecari and Director of Operations, Dany Lacombe. It was Dickson, the only rookie on the team, who led the way shooting rounds of 69 at Lake Joe and 68 at Rocky Crest, while Lacombe also received Kudos for leading the squad on and off the course.

“We have been close to winning it over the last few years and have been up there in the standings, so it’s nice to get it done this time,” Crawford says, noting it had been about six years since they last had a win in the championship. “It was fun to follow the scoring on Golf League Genius this year, so we knew where we stood along the way.”

“We were hanging in there on Day Two and we dropped a little as Lake Joe put some pressure on us,” adds Crawford, who played in the event for 10 consecutive years as club captain from 2005 to 2015. “There are a lot of familiar faces every year and it’s great to be able to spend some time and have a beer with other guys from our area because you don’t see them that often throughout the year. The courses are always good, the dinner at Rocky Crest with Rod Black and Wendel Clark was awesome and everything went smoothly from start to finish.” 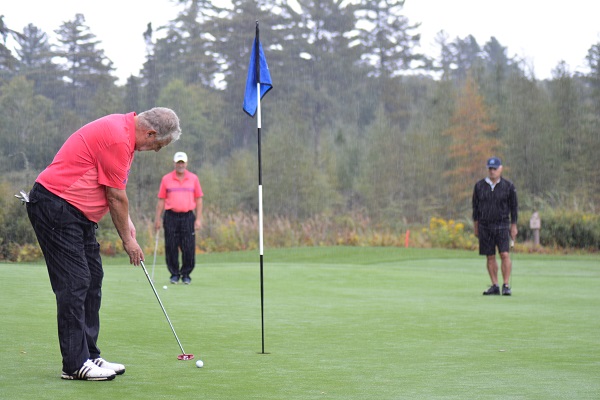 It was a wild flight in the Michelob Ultra Division as Kanata G&CC went from third to first, Eagle Ridge GC went from 10th to T2, The Country Club dropped from first to T2, RattleSnake improved from ninth to fourth and King’s Riding went from second to T5 along with Glencairn and Eagle Creek.

“I have heard stories about the Interclub Championships over the years and to finally get here and have a win in my first year is great,” says Brent Deighan, who worked as an assistant in the golf shop at Kanata for nine years, who has since been promoted for the start of the 2019 golf season. “It’s a terrific opportunity to get to know the guys on our team a little better and to have some fun in Muskoka.”

“It feels awesome to win it. I have been playing in the Interclub Championships for six or seven years and to finally get a win is very exciting,” says Peter Sheddler. “Rocky Crest is my favourite of all golf courses and Lake Joe is super challenging, so it’s a great way to spend a couple of days. I love the resort. It’s epic. I love spending time here with the guys or my family.”

Mike Froio had the hot hand on Day One at Rocky Crest for King’s Riding as he aced No. 3, which was his second hole of the day playing in a shotgun start.

“I hit a butter seven-iron. It took one hop and went right in. We were playing with Ken Slaney and Bob Devolin, two great guys from Eagle Ridge, and I think they were more excited about it than I was,” says Mike, who bogeyed his first hole of the day with a three putt.

“It’s really exciting to get a hole in one away from King’s Riding. I have been waiting for this to happen for a long time,” adds Mike, who joined King’s Riding back in 2001 and has aces on No. 5 and No. 16. “The coolest part is that everyone received a free drink ticket at the dinner at Rocky Crest Resort.”

Eagle Ridge made the biggest move of Day Two with a shocking jump from 10th place after playing Rocky Crest on Day 1 to T2 after the final round at The Lake Joe Club. 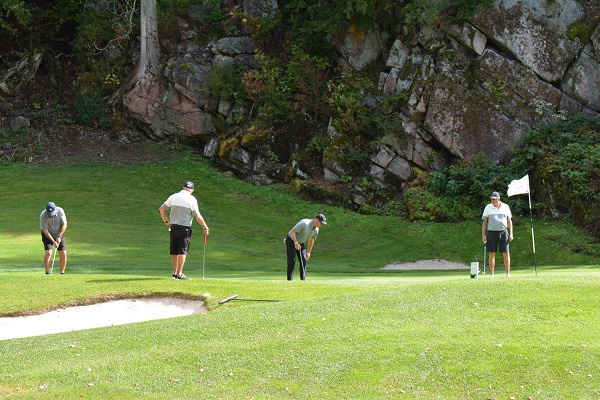 “Nobody saw that coming. We really pulled it together today,” says Kesti Eimantas, noting rookie teammate Gurbir Dhillon shot even par for the day to help the cause. “For us it’s like a little reunion when I play in the Interclub Championships because we see so many guys from other clubs that we know.”

“The camaraderie with all of the guys, out on the golf course or at the resort is the best part. You spend a couple of days playing golf with a group of guys who are all into golf and want to have a good time. That’s what it’s all about,” says Kristian Paas from Greenhills. “The food was great. The resort is awesome, and the courses are super fun to play. We’re looking forward to coming back next year and giving it, another shot.”

“Merit Travel has had a fantastic partnership with ClubLink for over 12 years,” says Jeff Knuth, a Golf and Groups Specialist with Merit Travel, who attended the event. “Being a sponsor of Men's Interclub Championship over the years has been great. It's the perfect opportunity to see the Club Pros and Members - many of whom travel with us during the winter months on some of our pro-am trips that any Member can be a part of! This coming winter we have four great trips lined up - Vegas in November, Florida in December, Palm Springs in January and Punta Cana in March. For more details on these trips please reach out to me – jknuth@merittravel.com.”