Is Dustin Johnson the heir to Tiger’s throne? 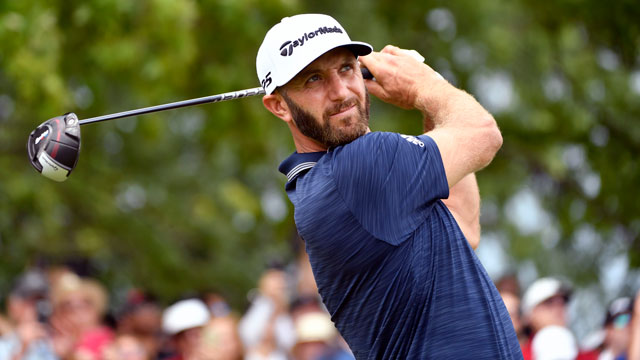 The first time I watched Dustin Johnson play, I wondered how it is that he doesn’t win every time he tees it up. I still think that today. He hits the ball farther than just about everybody on Tour, he has a magnificent short game and is an exceptionally good putter.

When people talk about ‘bomb-and-gouge’, Johnson is the poster child for that style of play. And the majority of courses on the PGA Tour are designed and set up exactly that way.

As everybody knows, DJ won the RBC Canadian Open last week for his 19th victory on the PGA Tour and his third win of the season. He already holds the record among current players for most consecutive seasons with a victory (11), which happens to be one more season than Tiger’s best win streak. Johnson still has a way to go to catch Arnold Palmer and Jack Nicklaus, who hold the all-time record of 17 seasons but at 34 and in the prime of his career it’s not a stretch to think that he will surpass those numbers.

His 19 career wins are only surpassed by Tiger Woods and Phil Mickelson among active players. They include one major (2016 U.S. Open) and five WGC titles, which makes DJ a sure-fire lock for the World Golf Hall of Fame. He has been ranked #1 in the world for the last 72 weeks and is almost always the betting favourite for every tournament he enters. Yet with all of the success he has achieved and the obvious talent, Johnson is still something of an enigma.

A lot of people think he should have won more majors. He had the third-round lead in the 2010 U.S. Open at Pebble Beach but self destructed in the first few holes on Sunday and never recovered. Then there was the PGA Championship at Whistling Straits the same year. Mistaking a bunker for a waste bunker, he ground his club and was assessed a two-shot penalty, thereby missing a playoff.

Maybe he doesn’t have the head to win majors.

The following year, he had the lead on the back nine of the 2011 Open Championship but inexplicably hit a shot out of bounds, handing the Claret Jug to Darren Clarke. The final straw perhaps was the 2015 U.S. Open at Chambers Bay. The par-5 18th was a gimme birdie hole. Players had been hitting it in two all week and DJ did too on the final day. Fifteen feet for eagle and the Championship was his. Three putts later he was congratulating winner Jordan Spieth and wondering what the heck had happened.

Johnson has an exceptional record in majors over the last ten years and particularly in the last five. He has 9 Top 10’s in his past 19 starts but only the one victory at Oakmont in 2016.

Maybe it’s not meant to be. He was the hottest player on the planet in 2017, racking up three victories before the start of the Masters but slipped on some stairs at his rental home in Augusta and had to withdraw.

Tiger Woods dominated golf from 1997 to 2008 and had another record year in 2013. Since then the golf world has been fixated on finding the next Tiger. 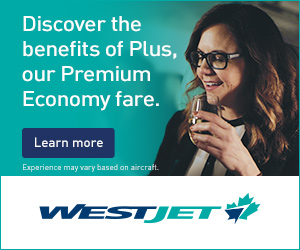 Rory McIlroy has been the flavour of the month on many occasions as has Jordan Spieth and Jason Day. For a while there was talk of them being the next Big 3 after Nicklaus, Palmer and Player. McIlroy has four majors, Spieth three and Day one but none of them have won with the regularity to be considered dominant.

Rickie Fowler is also a huge fan favourite, but his record is quite pedestrian with just four PGA Tour wins and Justin Thomas, coming off an exceptional 2017 (5 wins including the PGA Championship) is just getting started.

Amongst the older crowd, Justin Rose, Adam Scott and Sergio Garcia played too long in Tiger’s shadow to be considered heir apparent and despite their continued success, the golf world is looking to the under 30 crowd for the next “one”.

Somehow Johnson gets overlooked in the debate. At 34, he’s no longer part of the young guns group on Tour. The major total is definitely an issue. Heck, even the other Johnson (Zach) has more.

Then there’s his personality. DJ is not exactly a gregarious guy. He rarely signs autographs; is reluctant to do any more than the bare minimum when it comes to interviews; and speaks so slowly with his South Carolina drawl that people wonder if he’s even literate. Some of his on-course and off-course decisions have been downright stupid too.

A couple of suspensions allegedly for failing PGA Tour mandated drug tests and a suspicious “voluntary leave of absence” to get his life in order have left many wondering if DJ is just another John Daly in waiting. Even the celebrity relationship with Paulina Gretzky looked like another example of too much of everything laying waste to immense talent.

However, it has turned out differently. DJ appears to have his life under control and consequently he has been the dominant player of the past five years. His numbers are often compared favourably to Woods and Mickelson and while he has a long way to go to catch Phil in terms of career victories, it’s not impossible.

Interestingly, DJ enters the WGC Bridgestone Invitational this week, fresh off his RBC Canadian Open win and still ranked #1 in the World, yet he may not even be considered the favourite. Tiger Woods has won at Akron eight times and nearly won the Open Championship two weeks ago at Carnoustie.

Woods is learning how to win again in his latest comeback while Johnson is at the top of his game. Woods is close, but DJ is there. They’re not far enough apart in age that this becomes a generational thing. That would be Woods against the Young Guns. This is more like Woods against a pesky younger brother.

If Tiger can win this season and stay healthy for another few years, he and Johnson could have a fantastic rivalry. As much as I enjoy watching Spieth, McIlroy, Day and other young players, a battle between Woods and Johnson would be amazing.

Hopefully, it starts this weekend.