It not only resembled Scotland, it felt like it too 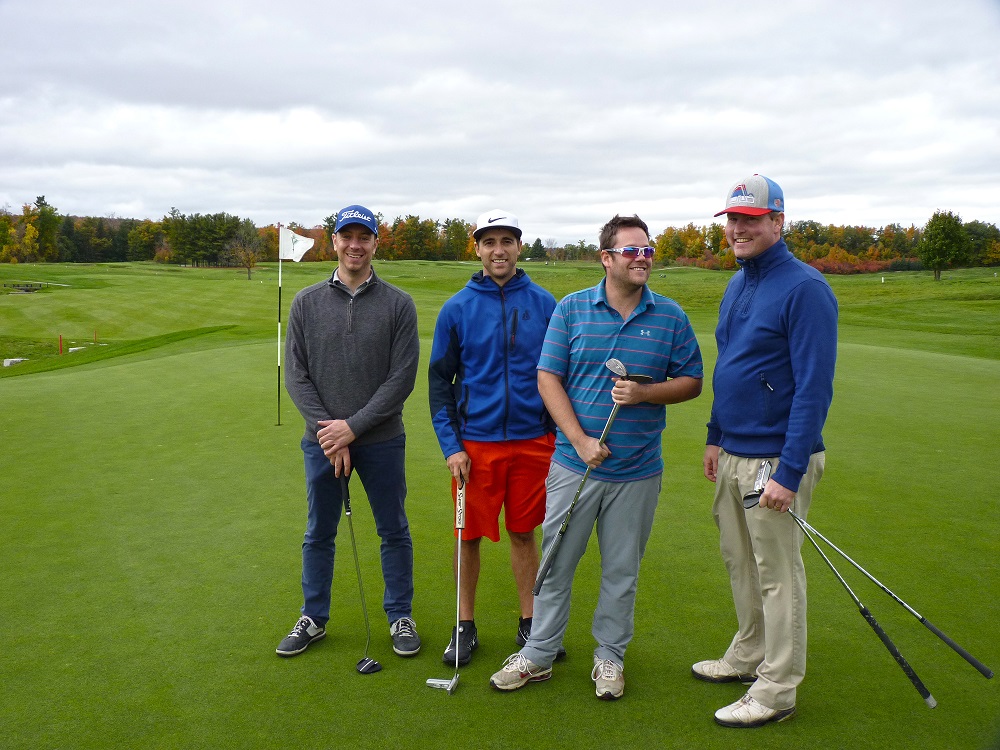 With rough thick enough to hide your golf shoes, the mercury steadily dipping as the day wore on and 40 kph winds holding the flags at strict attention, Milton’s Glencairn Golf Club made for a stern test as the first full season of the Road to Glencairn culminated on a blustery, grey October 11.

Designed for the public player, members of ClubLink’s Players Club, the 12-event Road to Glencairn drew 65 players in its first full season, providing participants with unique access to some of ClubLink’s finest courses at exceptional tournament rates, ranging from $65-$85. The cost of entry for the championship at Glencairn, meanwhile, was waived for all 44 qualifiers—roughly half of whom finished among the top two in a previous event, while the remaining spots went to those who teed it up in the most tournaments.

“The deal was fantastic,” noted Greg, who competed in eight Players Club tourneys this season. “I’m out in the West End and loved having the opportunity to play a great course like Heron Point. I used to be a member at a private course, but got tired of playing the same place. This (Players Club) program gives you the opportunity to play different courses, and ones you normally wouldn’t be able to get on. And I like the idea of travelling to different competitions and playing tournaments—having to keep your score and hole your putts. I enjoy grinding it out.

“And you meet other people. I got to play with two other teachers the other day. I’ll be spreading the word about this program,” said Greg, whose 83 was one shot off the winning low gross score.

That tidy 82 belonged to Toronto’s Mike Olsen, who picked up a Muskoka Stay & Play package for his efforts. Olsen only learned of the Road to Glencairn partway into the season while taking advantage of one of the Member for a Day privileges from his Players Club Premium Advantage package. “There are such great incentives to join,” said Olsen, who also earned Longest Drive honours at Glencairn. “I’m a competitive guy by nature, and thought this would be a lot of fun. I’ve already recommended it to a few people.

Steve Argyris of Toronto and Simcoe’s Adam Beck claimed the Partner Better Ball division with a 73, earning them a complimentary foursome at a ClubLink Platinum or Gold-level course.

Canadian radio personality ‘Humble’ Howard Glassman, himself a member at Glencairn, MC’d the post-round awards lunch. “It’s funny because a lot of our members don’t play as many golf courses as you all get to,” mused Glassman, who has no shortage of experience with blustery conditions on his home course. “Sometimes you play here at 7 in the morning on a Sunday and it’s calm, and you think, ‘I own this place!’ And then the wind comes up at 9, and you get seven more hours of it.”

The vagaries of the Thomas McBroom design—the giveth-and-taketh-away rub-of-the-green nature of this links-style layout—was on full display, in particular at the par-3 fifth hole of the Leithfield nine, when Beck and Toronto’s Mark DeLuca consecutively lined their second shots into the rocks behind the green, only to witness each ball ricochet high into the air and back onto the putting surface. (Unfortunately, both players missed their ensuing par putts.)

The Road to Glencairn, on the other hand, clearly found the mark in 2018, according to its competitors, and that has ClubLink Players Club Program Director Dustin Johnstone feeling good about its future. “I’m definitely excited about this program moving forward,” said Johnstone, who received multiple plaudits from players for his organizational duties throughout the season. “The Players Club was set up to make sure we take care of daily-fee players. And it’s excellent value to play courses they normally can’t play. And then there’s the social element—I’ve seen participants form their own foursomes to play non-rota outings.”

To date, only gross score—no handicaps—have been employed for competitions, with organizers including other competitive formats, such as partner better ball and stableford, to help cater to varying talents. “The theme was a fun league for all skills levels to get a taste of competition and meet other players,” noted Johnstone, who expects to launch an updated 2019 Players Club program in the coming weeks.